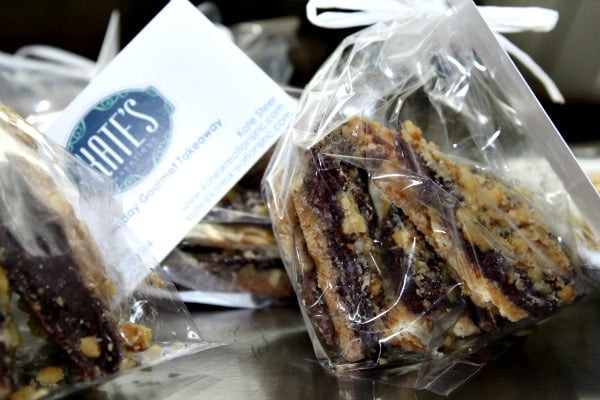 Let’s face it: Even those among us who love to cook love to have somebody else do the cooking every once in a while. Now, that somebody else can be Kate Steer.

Steer is the owner of Kate’s Kreations, which opened mid-May in the space once occupied by Hobcaw. What Steer has been creating since then is a comfortable new place for lunch and dinner in Verona, and a new way to get prepared meals to go. 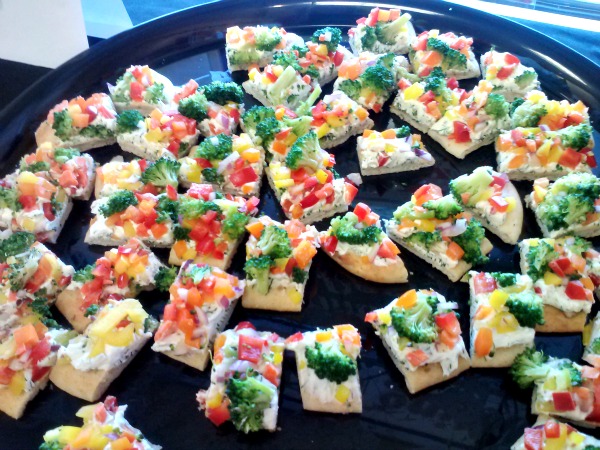 Once, Steer worked on Wall Street and did training for EDS. Food was always in the background though: The eldest of five children, Steer had learned cooking from her grandmother and frequently helped when her parents entertained for business. Having her own food-related business was her dream “down the road”, but when a transfer to Chicago left her miserable, her husband suggested that it was time for that road to begin. She got her diploma from the Cooking and Hospitality Institute of Chicago (now Le Cordon Bleu) and when the Steers returned to the East Coast, she applied those skills to cooking for her neighbors.

When small children made it hard to run a catering business, Steer turned her attention to toffee. She built her confectionary orders to such a point that, last Christmas, she shipped 1,000 pounds of a treat that she calls “deliciously decadent” (we’ve had it; it is).

And eventually, she began thinking of bringing her two food loves together. But where? “Montclair is incredibly expensive for a first place,” Steer says. In March, the Essex Fells resident turned off Bloomfield Avenue onto Grove Avenue and found her first place: The space that had once been occupied by Hobcaw. The location had plenty of attributes and it probably didn’t hurt that it was a stone’s throw from the new Verona store by her friend Nellie Criqui, Nellie & Bean Mercantile. 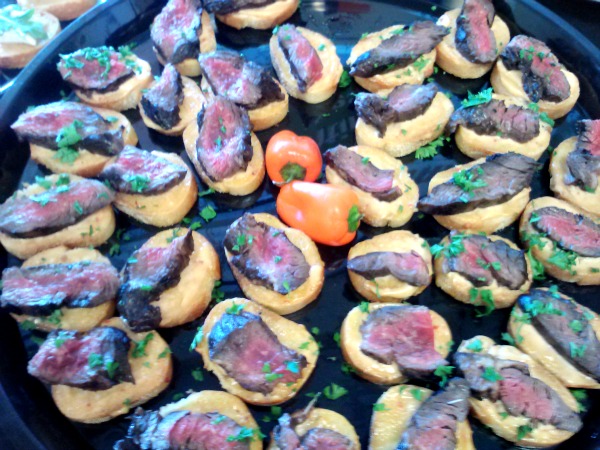 Steer’s food philosophy is simple. “It’s all about fresh and healthy,” she says. “I cook with butter, but it’s all in proper proportion.” The menu includes salads and sandwiches (with bread from DiPaolo’s and Nicolo’s), and more exotic fare, like quinoa with grilled vegetables. Prepared food, which includes dishes like penne pasta and roasted chicken–is sold by the pound.

Kate’s Kreations is located at 20 Grove Avenue, and its open for lunch and dinner from Tuesday to Saturday. You can eat in or take out, and Kate’s Kreations delivers to Verona homes–and the Verona Pool. Having a party? Steer maintains an active catering business, and can provide a full spread or dishes to complement your cooking. “My goal,” says Steer, “is to make Kate’s Kreations a one-stop convenience.” 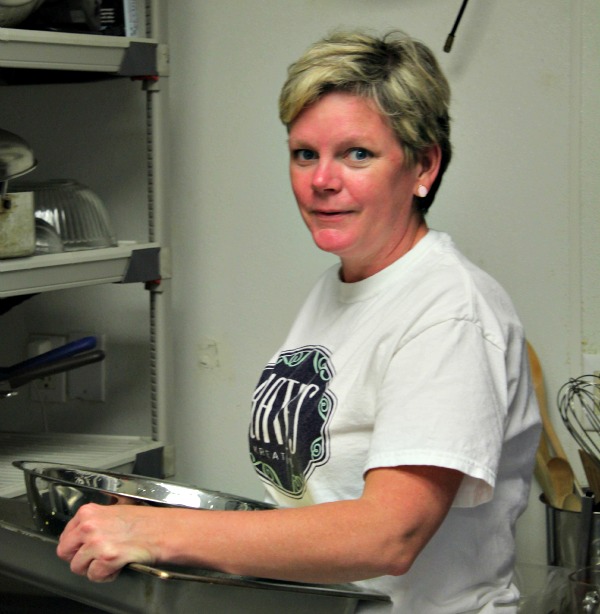