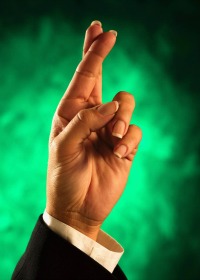 In his budget speech on Tuesday, Gov. Chris Christie announced that he would be providing an increase of $87 million for school aid.

But there’s a catch. The money is going to be split among 378 school districts only, or about two-thirds of the total districts in New Jersey. And Board of Education member Joseph Bellino says Verona won’t know until Thursday morning whether we are among the lucky ones.

Verona has been getting less and less state aid in recent years. Right now, only about three cents of every tax dollar we send to Trenton comes back to us as state aid. If there is a consolation this year, it might be this: We seem to be guaranteed that it won’t be any less in the new budget. The governor said that, “no district in New Jersey will experience a decline in K-12 formula school aid for Fiscal Year 2014.”

The BOE made it clear at its Tuesday night meeting that any additional money would be appreciated. The Board has put $200,000 in the new budget to keep an older group of special education students in district. While that sounds like a lot of money, Bellino stressed at this meeting, and a previous one on the subject, that it would cost us far more than that to send these students out of district. Verona has also had to put in $30,000 for the new teacher and principal evaluation process that has been mandated–but not funded–by the state. The rest of what was had been on the BOE’s priority list to make it into the budget–roughly $470,000 in spending–has been relegated to “better luck next year”, unless, Bellino said, we are part of the districts that are getting state aid “and it is a substantial amount of money.”

The BOE said that it will hold a special meeting on the budget next Tuesday night, March 5, to pass a resolution on the initial submission of the budget. The final budget must go to the state by March 28.