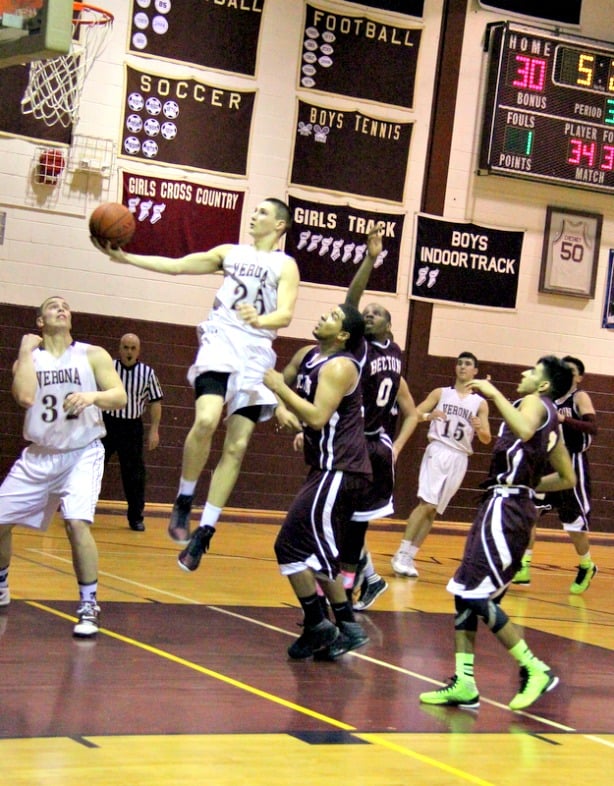 The first round of the North Jersey, Section 1, Group 1 boys basketball playoff became the last one for Verona after the team was edged out at the buzzer by Becton High School of East Rutherford, 48-46.

The energy level at the game could have powered a small town, with the VHS gym crowd frequently on its feet to cheer the team on–and rattle Becton at the free-throw line. Junior Alex Kaslander led all scorers by a mile, putting up 23 points to the 13 scored by Becton’s Jordan Elcock. Luke Weiss was the leading rebounder for Verona. 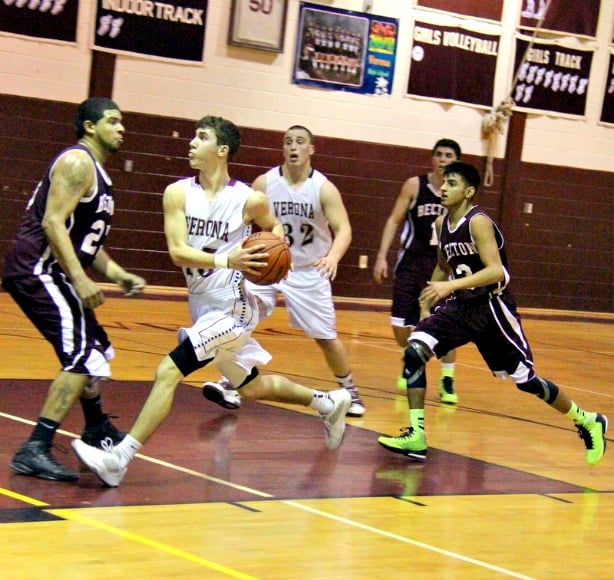 Verona had gone into the game as the No. 5 seed and led the game solidly for the first three quarters. But Becton, which was ranked 12th, put on twice as many points as the Hillbillies in the fourth. Kaslander and Matt Braschi rallied their teammates in the final minute, but they couldn’t overcome Becton’s foul-shot advantage.

The Hillbillies ended the season with a 12-13-0 record.