Lots of towns around New Jersey use history to encourage economic development and tourism–Morristown, Princeton, Montclair and, maybe soon, Verona.

This summer, Verona native Joe Arminio started a Facebook group to gather photos and stories of our past. “Old Verona” quickly grew to more than 1,800 members, who shared hundreds of pictures and memories on everything from their favorite places and people to key events.

The next step is to share Old Verona with an even wider audience. It now has a Web site and a lot of ambitious plans. Old Verona wants to raise funds for a wheeled trolley that could take visitors to our different points of history. (Verona had a trolley on tracks that was phased out in 1952.) It also plans to create a historical museum and visitors center.

“I travel a lot with my bands,” says Arminio. “Most of the towns we go to have a place to welcome travelers and introduce them to the town. Why not Verona?”

Before you scoff, consider this: We do have some unique history to share. George Washington may not have slept here, but there is some evidence suggesting that the general and the Marquis de Lafayette marched past the Priest house at 110 Claremont Avenue on their way to Morristown during the Revolutionary War. The so-called White Rock on the hilltop behind Centennial Field was a gathering place for Native Americans before then. More recently, Verona can boast of a park designed by the same company that created Central Park, Kip’s Castle (built for an inventive industrialist descended from one of New York City’s founding families) and Annin, the business that created the flag that was planted on the moon.

Many current and former town residents have signed on to handle different aspects of the project. In addition to Arminio, the executive committee consists of Anthony Tortoriello, the owner of FrankAnthony’s restaurant; Verona Fire Department volunteer Larry Burdett and Lisa Schroeder Klein, a Verona native and founder of the accounting firm L.S. Klein Associates in West Orange. Klein has been working with attorney Alex Graziano on the 501(c)3 filing to make the group a full-fledged non-profit.

Chris Budesa has taken on the task of cataloging all the photos that have been contributed, while Tom Jung and Jim Cross are developing the Web site and Sue Bernard, now a Pennsylvania resident, edits the posts to it. Jessica Pearson refined the group’s mission statement. (Full disclosure: My family has lived in Verona since 1933, so I contributed photos and stories to the Facebook page and provided some guidance on the Web site.) Others with key roles in the project include Sue DeWitt, Bill Sona and Robert Caruso. Since Old Verona’s goal is economic development through tourism, Main St. Cottage owner Debbie Curran Galife will be the liaison to the business community.

Rather than reinvent the wheel, Old Verona has reached out to leaders of many groups in town like Bob Williams of the Verona Historical Society and Ben Blinder of the Landmarks Preservation Commission. There are also representatives of the town’s many social service groups like the Junior Woman’s Club (Doreen Arminio) and UNICO (Bonnie Cerio Sharkey).

Williams captured the spirit of the Old Verona project in his post about Verona’s history:

Behind every historic building is a story of the people who built and used them. Many of these people made significant contributions in molding our community and some like Michael Kiefer paid the ultimate price while defending the liberties and freedom of our nation.* Some of their stories are still known while many others have been covered by the veil of time.

If you want to help Old Verona, send an email to Joe Arminio by clicking here. 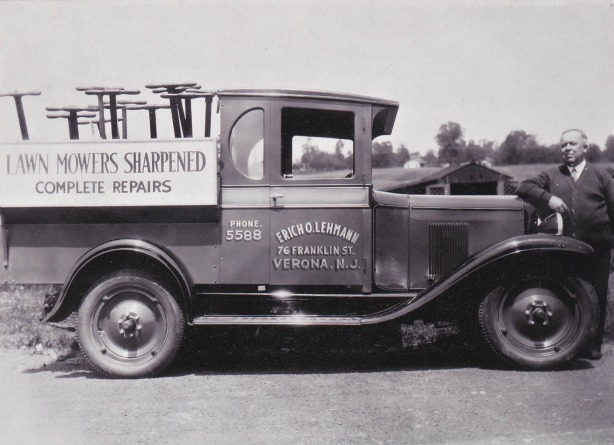 All photos contributed to Project Old Verona. Used by permission.