What’s Next For VHS ’12: Math And Science 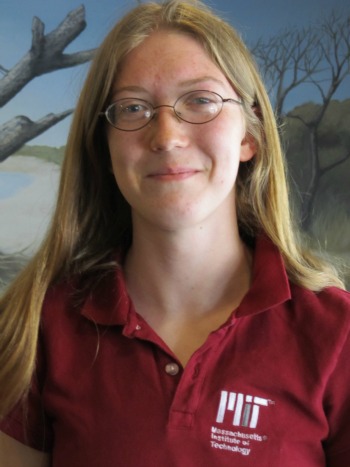 As the valedictorian of the Verona High School Class of 2012, Heather Sweeney pretty much had her choice of colleges. She toured many of them, but nothing seemed to fit. “Cornell had a gorgeous campus,” she recalls, “but I didn’t like the winter.”

Then her math teacher, Rich Wertz, suggested that she take a look at MIT and CalTech.  The Massachusetts Institute of Technology lets students blog about what they like and don’t like about the school on its admissions page. Sweeney read post after post, and found herself intrigued by the viewpoints and the voices. “I thought, I want to meet these people,” she says.

But Sweeney, who carried a heavy load of advanced math and science classes at VHS, found that even she needed to shake off the stereotype that MIT was, as she puts it, “a super geeky math school.” As she did, she discovered a breadth of courses that appealed to her love of science and history,  and that she would have the opportunity to study under professors like Dr. Eric S. Lander, a leader in genetic research. She discovered that the loves the school’s geeky humor, which is prone to doing things like rendering the school name as a mathematical formula (see the T-shirt here). A tour of the campus–urban, but still spread out enough that Sweeney could continue with her distance running–sealed the deal. She applied for early decision, a step she heartily recommends to the Class of 2013.

She heads to MIT full of anticipation about what she might learn there. “I like the sciences, but I don’t know what I want to do with them,” she says. “At MIT you can do a lab and not know what the end result will be because the research is still in progress. What better way to find out about the field of science?”

The school’s structure fosters inquisitive thinking. Students are not assigned to a specific part of the school, and they are not allowed to declare a major until the end of their freshman year.  And Sweeney is not put off by the fact that only one of the advanced placement classes she took at VHS–calculus BC–will be accepted for credit at MIT. “It’s not a problem because the  MIT classes will be more intensive,” she says.

In choosing to focus on science and math, Sweeney is choosing a path that could be as arduous as any of her distance runs. That’s because of the fact that, for all the gains that women have made in the workforce, they are still underrepresented in science, technology, engineering and math: According to the Association for Women in Science, while women are 50% of the U.S. population, they are just 24% of the so-called STEM workforce. But for those women who persevere, the payoff can be sweet. Unemployment in STEM careers is well below that of the general workforce.

(For the record, Sweeney is not the only member of the Class of 2012 headed to a powerhouse college: Filip Babalievsky is going to Yale University, Kelli Foy will attend Georgetown University, Evan Janssens will brave the winters at Cornell University and Phillip Vetrano is going to Georgia Tech. )

Sweeney hopes that there will be more students in the VHS classes of 2013, 2014 and beyond who will follow her to MIT. She urges them to seek out classes with Wertz and biology teacher Rose Ann Predergast, as well as computer science. She notes that VHS sent a highly competitive computer science team to a competition at NJIT, and she hopes that someone will do the one thing she regrets not doing at VHS–start an after-school science club.

“Going to MIT is like drinking from a fire hose,” Sweeney says. “It’s a life source, but it’s going to be a lot to take in.”

To see what other members of the Class of 2012 are doing after graduation, click here.