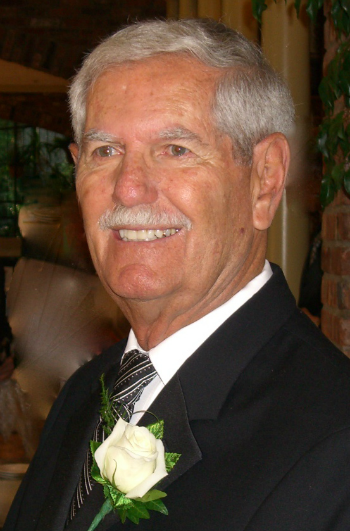 Thomas J. Sellitto, entered into eternal rest after a long and courageous battle with ALS on Friday, June 15, 2012 surrounded by his loving family. Tom had just celebrated his 80th birthday on June 8.

Relatives and friends are kindly invited to attend a celebration of his life at Notre Dame Church, North Caldwell for a funeral mass on Tuesday, June 19 at 11 a.m.

Tom was born in East Orange, N.J. to Joseph and Rose (Mercadante) Sellitto. He played football for East Orange High School, earning numerous honors. In 1999, Tom was one of 10 players in the state of New Jersey named as the Star Ledger’s “Team of the Century, 1940s”. He earned BA and MA degrees in education from Montclair State University.

In 1956, he began his professional career with the Verona Board of Education as a high school teacher and football coach. During his tenure as coach, his teams won state championships in 1960, 1961 and 1962. In 1963, he left coaching to become the Deputy superintendent of schools in Verona, remaining in this position until his retirement in 1993. Tom was also an adjunct business professor at Seton Hall University Graduate School for over 30 years. In 1976, Tom was selected by the Essex County Coaches as “Administrator of the Year”.

In 1994, the Verona Board of Education honored his contributions to the district from 1956-1993 by naming the Verona High School athletic field the “Thomas J. Sellitto Athletic Field”. In 1999, Tom was honored by the Essex County Chapter of the National Football Hall of Fame for his years of service as a football coach, receiving the “Distinguished Coach’s Award”. He was also inducted into the VHS Alumni Hall of Fame in 2004.

In lieu of flowers, a donation in his memory may be made to The ALS Association, Development Department, 27001 Agoura Road, Suite 250, Calabasas Hills CA 91301, or to the VHS Scholarship Fund c/o Glenn Cesa, Verona High School, 151 Fairview Avenue, Verona NJ 07044.