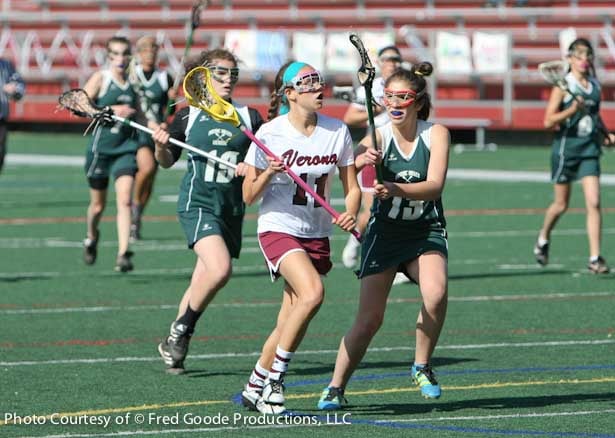 The Hillbillies’ softball team dropped their second straight game yesterday, suffering an 11-5 defeat at the hands of Newark Academy. Caroline Chivily and Ellen DiDia had two hits each and DiDia doubled and had an RBI. Remi Sullivan, Laura Hart, Paige Ferrell and Jenna Atmeh also had hits in the effort. Atmeh and Samantha Bass pitched for the 10-7 Hillbillies.

[nggallery id=224]
The boys’ tennis team was swept by the Newark Academy Minutemen 5-0 yesterday in Livingston. The tennis team’s record is 11-5.

The Verona bats went silent when the baseball team traveled to West Orange yesterday to take on the Mountaineers. The Hillbillies were only able to scratch out 3 hits against West Orange pitcher Adam Miller (Luke Sniatkowski 2 hits, Tim Kiernan 1). Jonathan Tosh pitched for Verona. With 5-0 loss the Hillbillies record fell to 10-6.

Friday in Hillbilly Nation has the tennis team traveling to Caldwell and the JV lacrosse team is in Montclair.