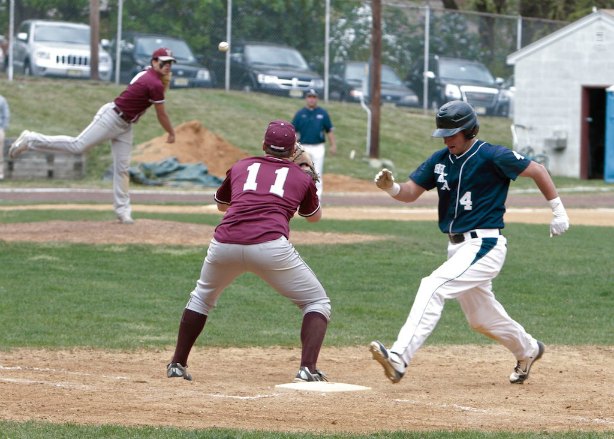 Verona’s boys baseball team on Saturday bounced back from a tough, Friday afternoon loss by shutting out Sussex Tech, 10-0, in a five-inning game at Doc Goeltz Field. Verona improved to 6-3 on the season and has four games on the schedule for the upcoming week.

The Hillbillies, who have won four of their past five games, got off to a quick start against Sussex Tech as junior Luke Sniatkowski doubled in the bottom of the first to drive in senior shortstop Tim Kiernan for the game’s first run. Sniatkowski went three for three and drove in two runs in the game, while sophomore right-hander Max Vasile (2-0) picked up the victory by allowing only three hits in four scoreless innings. Seniors Nick Looney and Tim Kiernan each had two hits for Verona (11 hits for the team overall), and junior Dean DeNicola knocked in two runs with a pop single to right in a five-run third inning, giving Verona a 6-0 lead.

The Hillbillies dropped a conference game to Montclair Kimberley Academy, 5-1, on Friday afternoon at home. Verona took a 1-0 lead in the first inning on shortstop Kiernan’s triple and an RBI single by Sniatkowski. The Cougars rallied to tie the game in the third, and added two runs in both the fourth and fifth innings.

Sniatkowski retired the first eight MKA batters he faced, and allowed five hits over five innings. He struck out six in the game.

Verona plays an SEC at 4 p.m. Monday against visiting Belleville.