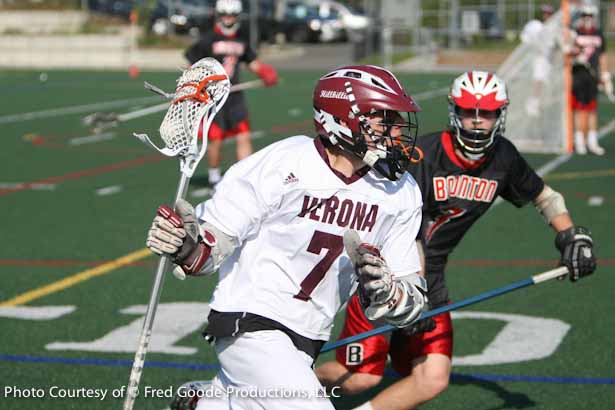 It’s been an up-and-down season for the Hillbillies’ boys’ lacrosse team. On Thursday, the Maroon and White rolled over Boonton High School. On Saturday, the game against Oratory Prep went the other way.

There was strong offensive play by Verona in the Boonton game, which came after two consecutive losses. Senior Brian Marion led the scoring, with five of the points that Verona put up in the 8-4 victory. Mike Theobald and Jed Tremble each scored one, while Mike Perri had one goal and three assists. The game was the first start at attack for Tremble, who is a junior.  Goalie Jake Facey had five saves.

Unfortunately, the momentum from Boonton did not carry over to Saturday, when Verona fell to Oratory in a 10-6 away game. Marion was again the leading scorer for Verona, seconded by Theobald, Tremble, Perri and Harry Kroessler.

The boys’ record now stands at 3-3. They have an away game at Sparta on Monday afternoon.