Pay For College Without Breaking The Bank 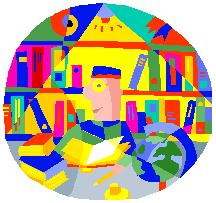 Connelly is a former high school guidance counselor. She worked at Emerson High School for 19 years, and capped her career at Union Hill High School. Now in retirement, the Verona resident has put her years of accumulated knowledge into a blog  called “The Counselor Is In“. Many of her recent posts are about when to start planning about paying for college and how to do it–without busting the family budget.

As Connelly notes, the year that begins on January 1 of a student’s junior year in high school is the one that sets the tone for how much aid parents might get to help pay for a college education. Income earned during this so-called base income year is counted most in determining aid eligibility. And once you know what you could get in the way of aid, you then have to figure out where to get the rest. Remember that, according to the U.S. Department of Education, the cost of one year at a private four-year college has risen from $5,594 in 1980 to $32,790 in 2009. Adjusted for inflation the tab is almost as staggering: The effective cost of college tuition has more than doubled. No, parental salaries have not.

So just after New Year’s, Connelly started a three-part series called “Show Me the Money”. Part I looked at ways to use the Internet to determine your Expected Family Contribution–what the U.S. government thinks your family should be prepared to pony up for higher education. Part II looked at legitimate ways to get information on financial aid. This is important because there are a lot of scams out there that promise a secret pipeline to assistance that is nothing more than a pipe dream. Part III looks at sources of much-appreciated scholarships.

Connelly is modest about her efforts. “I write my blog to help students and parents because I think I have a lot of experience from which they may benefit,” she says. And while she writes often about the cost of paying for college, she is not afraid of asking whether college is right for every student–or worth the money. (Take a look at this post on what Connelly calls the “Scarecrow Syndrome“.)

This virtual counselor doesn’t blog on a daily basis, but her posts are succinct and informative. If you are the parent of a VHS sophomore or junior, they are definitely worth a read.