‘The Godfather’ And Verona 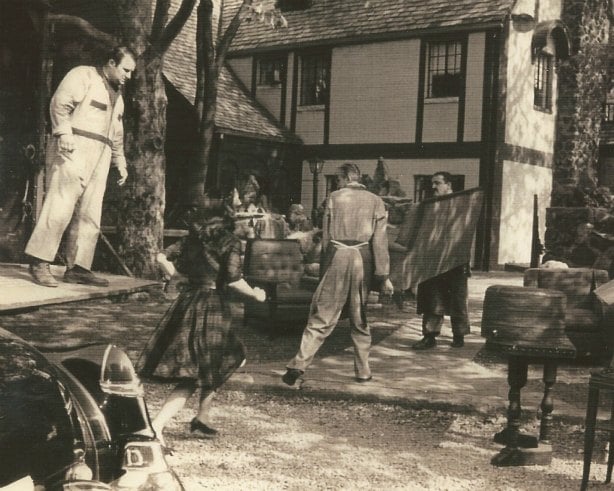 It’s hard to believe, but 40 years ago this week, March 15, 1972, The Godfather had its premiere in New York City. The movie introduced Verona to James Caan and Al Pacino, and it introduced more than a few Verona faces to the world.

Jerry Leopaldi, one of the casting agents in charge of filling the bit parts, lived here then and he recruited his friends, neighbors and even a Verona teacher for filming that took place in the Meadowlands, Staten Island and Queens. Maybe you’re old enough to remember going to the movie theater in Verona (the building between the Richfield Regency and the used furniture store) to see The Godfather and pick out all the faces you knew. Like Pat Schoenig, former Verona High School gym teacher and girls tennis coach, on camera at Connie’s wedding. The kids at Don Corleone’s burial in Calvary Cemetary included several then students at H.B. Whitehorne and VHS, and when Connie rushed into the family compound after her husband Carlo’s death, there was somebody from Verona among the moving men at the scene: My dad, Richard Citrano. That’s him, with the mustache, at the far end of the sofa above. He got this photo years later from Diane Keaton when one of my cousins worked for her in Hollywood.

In the days before reality TV put so many Veronans on television (like Ariane Duarte, Floyd Cardoz and “Jerseylicious” star Anthony Lombardi), The Godfather brought an air of celebrity to Verona that lasted for months, if not years.

But not everybody was happy. Back in 1972, the spot now occupied by Verona Yoga was a hardware store, Wright’s, and it was managed by the father of “Soprano’s” creator David Chase. The senior Mr. Chase (whose original last name was DeCesare) thought the film showed Italian-Americans in a very poor light and he berated my father–and others–for their appearance in it when they came in to buy hammers and nails.

One can only imagine what he might have said about his son’s video enterprise.