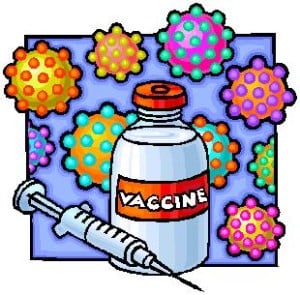 The Verona Health Department has let us know that there has been a second case of whooping cough at H.B. Whitehorne Middle School. The first case of pertussis, as whooping cough is more formally known, was disclosed by the public schools on January 11 ; the second case was confirmed by Verona School Superintendent Steven A. Forte this morning.

Whooping cough is a bacterial disease that can produce severe coughing that can last for weeks and can sometimes make it impossible for those with the disease to catch their breath. It can cause death in young infants and reports of whooping cough-related fatalities have been rising in the last decade. The widely used DTaP vaccine can prevent whooping cough.

So if you are wondering why we are seeing an outbreak of a dangerous disease that should be prevented by vaccinations, the short answer is that there is the law and then there are the loopholes. The Verona public schools follow state code on vaccination requirements. We parents are asked to submit proof of vaccinations at several points in our children’s school careers, and the schools’ vaccination records are audited on a regular basis by an independent health care professional.

But state law makes it possible for parents and guardians to not immunize children for medical and religious reasons. Because of medical privacy laws, the school system cannot disclose whether the students who have come down with whooping cough were immunized or not.

The Verona outbreak is, so far, small in comparison to what is happening in Hunterdon County, where there have been eight reported cases of pertussis as of January 19. In 2009, Hunterdon County had 20 confirmed cases.

“There are too many illnesses that we cannot avoid for us to ignore the ones we can help prevent,” says Dr. David Bendich, President of the Essex Metro Immunization Coalition, a group that supports immunization in Newark, Irvington, East Orange and Orange. “Pertussis is just one of several, including measles and mumps, that do not have to exist. Vaccines are responsible for virtually eliminating diseases such as polio; we just have to make sure we stay up-to-date with all of our immunizations and not wait for these scary reminders.”