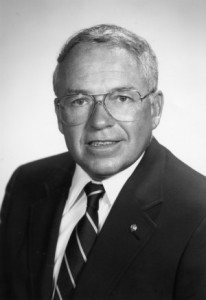 Albert V. Collins, 82, of Toms River, formerly of Verona and Troy, Vermont, passed away on November 11, 2011. Visitation will be on Wednesday, November 16 from 4 to 8 p.m. in the Prout Funeral Home, 370 Bloomfield Ave., Verona. A funeral mass will be offered on Thursday at 10 a.m. in Our Lady of the Lake Church, Verona.
Entombment will be in the Mt. Hebron Cemetery, Montclair.

Mr. Collins was a decorated Korean War veteran, Life Member of the VFW, Past VFW Post #6255 Commander, Cedar Grove; past officer of the Verona Ambulance Unit; distinguished past president of the Montclair Kiwanis Club; certified Alcoholism Counselor for the state of New Jersey; treasurer of the St. Ignatius Cemetery, Lowell, Vt.; and chairman of the Parish Council of the Sacred Heart Church, Troy, Vt.

Mr. Collins graduated from Seton Hall University and the Stonier Graduate School of Banking. He joined the Verona Trust Company in 1950 and retired from as its vice president in 1980. He joined the Mt. Hebron Cemetery Association as its general manager and retired in 1991 to his home in Troy to pursue his love of animals on his “EZ Acres” farm. Mr. Collins performed the banking operations for student activity funds at the North Country Union High School in Newport, Vt. In 2006 Mr. Collins relocated back to New Jersey to be near his children and grandchildren.

Al is survived by the love of his life, his wife Cecilia (Feeney), his children Karen, Kathy, Albert, and Caroline, his 12 grandchildren, and two great-grandchildren. He is also survived by his brother Thomas Collins of Verona and his sister Mary Jane O’Dea of Bloomfield. He is predeceased by his sisters Nancy and Patricia.

Al will be sadly missed by his family and countless friends in New Jersey and Vermont.