Stopping Sewer Backups Before They Start 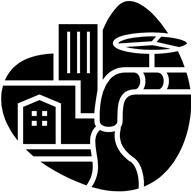 Water in the basement is a fact of life for many home owners; Verona is no exception.  Usually we’re lucky and it’s just a trickle. Sometimes, as happened during Hurricane Irene and the storm that followed it, it’s more serious. And sometimes it’s not just water creeping in.

At the last Town Council meeting, Councilman Kevin Ryan noted that several Verona homes had suffered sewer backups during Tropical Storm Lee. Yes, raw sewage came up into their basements. The kind of problem that is a cleanup nightmare and which might not be covered by homeowners insurance or third-party protection. The kind of problem you definitely don’t want to have–ever.

Sewer backups happen when too much water hits a storm drain too fast, as it did in the last storm. Back when Verona was farmland for Newark, the rain would have just soaked into the fields. Now, it hits impermeable surfaces like our roofs, driveways and roads, and is rapidly dumped into our storm drains. Verona’s secondary sewage treatment plant was built to handle 14 million gallons; peak flow during the storm was 37 million gallons, according to Town Manager Joe Martin. Verona wasn’t the only town in New Jersey to have a sewage problem in the last storm: There were backups in just about every neighboring town and in some very tony New York City suburbs. Saddle River was getting sewage backups for days after the storm.

While you can’t stop Mother Nature, there are things that you might be able to do to protect your house from the next big storm, which could come this weekend. They are not inexpensive, but they may be far less expensive than cleaning up after a backup.

The first step, says Verona plumber John Visentin, is to install a backflow valve, which some folks call a check valve. As its name implies, it is designed to prevent sewage from flowing back into a home. A plumber will have to take a jackhammer to your basement floor to install it. It can be coupled with a shut-off valve that a homeowner can close to block a sewage invasion. But be warned: If sewage from the outside can’t get in, neither can any sewage created inside your home get out. You might have some uncomfortable hours until a storm passes.  And Visentin says he often couples the valves with a  flood alarm. “Once the water reaches a certain point in the sewer, an alarm goes off and you have to go down and check it out,” he says.

What will these kind of plumbing safeguards cost? Visentin cautions that every job is different, depending on where the sewer line is located and how far below the surface it lies. But you’d be advised to budget between $2,000 and $3,000 for such work.

Consider, too, giving water places to go other than straight to the sewer. A patio set in sand is going to be a better option than a patio set in cement. If you don’t want to go back to an old-fashioned gravel driveway–as some Verona homeowners have–there are now permeable paving options for driveways and even roadways: Chicago has been testing permeable paving on some of the city’s alleys and small streets. Water filters through the paving into the ground below and not the sewers.

If you experienced a sewer backup and your homeowners policy doesn’t cover the damage, have a talk with Town Hall. If a backup is deemed a town responsibility (it is unclear whether Tropical Storm Lee was), there may be an opportunity to get relief from a state-run joint insurance fund.

And even if the water in your basement was not sewage, Visentin advises strongly to look for all the damage it may have caused. “If you had a foot or two of water in your basement and your boiler or any electrical outlets or devices went under water, they should be replaced because they are an explosion or fire hazard,” he says. “It’s sad but a lot of people have to replace everything. If they dry they may work, but it’s the long-term effect that’s the worry.”