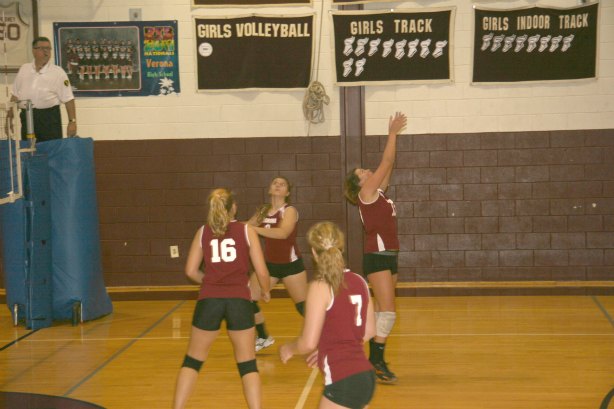 In a battle of undefeated teams the Verona boys soccer team prevailed over Science Park (Newark) with a 2-1 victory. Senior Connor Waldron put the ‘billies up 1-0 when he took an assist from Jon Tosh and blasted the ball past Science’s Brandon Pereira. Dwight Tucci scored the game winner on a penalty kick when he rocketed his shot to the upper right corner. Tim Kiernan and Patrick Malanga played stellar defense in the effort and Mike King had 10 saves in goal for the 6-0 Hillbillies, their best start in nearly 30 years. Next in line for the boys is Irvington High School this Friday.

In girls soccer, goalies Amelia Weiss and Alison Sprong anchored a tough Verona defense by shutting out the Bengals of Bloomfield High School 3-0. The scoring in this match up was all underclassman as frosh Claire Fitzpatrick and Julia Ashley netted goals along with junior Olivia Marino. Sydney White also a junior led the squad with 2 assists. The team is 4-1 and travels west on Bloomfield Avenue for a 4 p.m. Friday game against Mount Saint Dominic Academy.

The volleyball team improved their record to 5 wins against 2 losses with a 2 match to none victory over Irvington High School, winning 25-5 and 25-15. Next up for Verona is an away match at Columbia High School this Friday.

The girls tennis team suffered a shutout at the hands of the ever tough MKA Cougars. Junior Jackie Noyes was able to battle back and tie her match in first singles against Julia Perlmutter however Perlmutter pulled it out in the end for a 6-1, 5-7,6-2 hard fought victory. The girls travel to Caldwell this Friday for a 4 m. matchup.