A Lifetime Of Learning 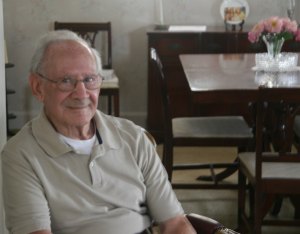 Many of us find it daunting to learn something new. We tell ourselves–or let others tell us–that we’re too old to do X or Y or Z. We decide that we’d look or sound foolish to be trying something new at “that age” and we don’t try.

Many of us should meet Joe Schifano.

Joe turns 91 this year, and he is learning to play the clarinet. Because he wants to. He is learning Italian. Because he thinks it’s interesting. And every afternoon, he tries to learn how to improve his skills as a landscape painter. Because he wants to capture the beauty around him. But there’s one thing he doesn’t do very often any more: crossword puzzles. “I’m just too busy,” he says.

Don’t think for a minute that all these activities started in retirement. Joe Schifano has always made a point of learning new things, of always having hobbies. After spending six years in the Navy during World War II  in the Atlantic and Pacific theaters, he built a career in the insurance industry, insuring boilers and mechanical systems like the ones found in schools. But after work hours, he learned photography. “He developed photos in the bathtub of our apartment,” says Rose Schifano, his wife of 64 years.  He learned to play the trumpet and guitar, which is hard for him now because his fingers aren’t as dexterous as they once were. 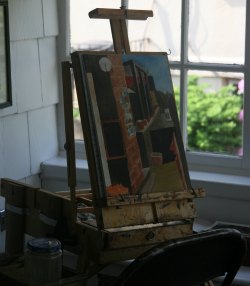 The Schifanos moved to Verona in 1960, and raised two daughters: Christine Passero, a speech and language specialist at F.N. Brown, and Bernadette Pignatello, who is often behind the counter at Learning Express.  “I’ve got the best daughters and wife in the world,” Joe Schifano says. He and his wife have also watched six grandchildren grow up in Verona schools and they are visibly sad to report that they no longer have a reason to attend games and events at Verona High School.  “Our last granddaughter graduated last year,” Joe Schifano says. But he has no plans to move.  “If I won the lottery and became a millionaire, I’d fix the house and stay right here,” he says.

Joe Schifano took up painting about 10 years ago, and it has become a passion. Several of his works hung in the Verona Diner for a time, and he sold a few. He has entered paintings several times in the Essex County Senior Citizens Juried Art Show, and has a clutch of first and second place ribbons to show for it. He will tell you, as he shows works inspired by Italy and mountain lakes, that he doesn’t think he’s the landscape painter his father was, but that’s not what has him worried as he works on the canvas he will enter in this year’s senior art show. “He’s got a lot of competition this year,” Rose Schifano explains. “There are a lot of young retirees.”

And yet, they probably have a thing or two to learn from Joe Schifano.