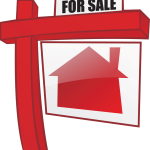 Two new listings and a handful of open houses to consider if you are house hunting.

Lynne Mortimer of Coldwell Banker has just listed a four-bedroom, two-bath house at 69 Pease in the Forest Avenue school district for $399,000. It’s also got a screen-in porch, a deck and a fairly deep yard.

Karen Sorhagen of Coldwell Banker’s Caldwell office has a three-bedroom, two-bath house at 15 Franklin for $418,000. The house, which is in the F.N. Brown school district, was renovated in 2007.

There’s another new Coldwell Banker listing at 40 Birdseye Glen. This one has three beds and two and a half baths; the kids would go to Brookdale Avenue elementary school. Also in the Brookdale section: 6 Winding Way. This one has four beds and two baths, and it’s listed by Rick Lodato of Prudential New Jersey Properties.

If the new listings don’t grab you, maybe one of Sunday’s three open houses will. One of them is second most expensive house now on the market in Verona: 226 Fairview Avenue. It’s got five bedrooms, four and a half baths and an asking price of just over $1 million. At 141 Hillside Avenue, there’s a  three-bed, two-bath house  with a kitchen that opens on the family room. It’s asking price is now $479,000.

And finally, at 45 Grove Avenue, there’s a three-bed, two-bath house on a corner lot. It’s listed for $475,000 with Kerry Metzger of Prudential.