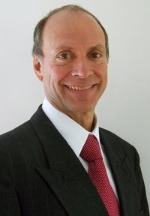 Ralph Mossman ran for office once in Verona, as student representative to the Board of Education. He won, but concedes, in retrospect, that his Verona High School ’74 classmate Nancy Cohen should have been the winner instead. Mossman is running for a larger office this year, and he is very convinced that he is the right person for it: state representative for Idaho’s district 31.

For the last few weeks, he’s been traveling his district, which snugs up against the Idaho-Wyoming border and Grand Teton National Park. He’s been meeting and greeting–and using his campaign’s Facebook page to remind “Ralph For Rep” supporters to clear the snow off their yard signs. “It’s really fulfilling meeting so many people and talking to them,” Mossman says, “and driving around rural Idaho can’t be beat. I love it!”

Mossman moved to Idaho after college 30 years ago and, with his wife, Mary Mullaney, has built a successful glass art and design company, Heron Glass. He has served on the local chamber of commerce and economic development council, but decided that that wasn’t enough to turn things around in his area. He is running against a 22-year incumbent, on a platform that emphasizes education, jobs and accountability.

If you haven’t seen Ralph in a while, take a minute to watch his campaign video: