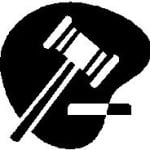 Members of the Verona Town Council staunchly defended the job performance of Town Manager Joe Martin at their meeting Tuesday night and said that they would not support his replacement.

Councilman Jay Sniatkowski noted that while Martin “may not always have the best bedside manner”, he has served Verona well. “I have no interest in replacing him,” he said. Councilman Bob Manley said that he also would not support a recall petition that has been circulated by Elizabeth Knoop and other members of a new tax protest group, and urged residents to understand the money that Martin “makes this town and saves this town.” Mayor Teena Schwartz noted that Martin is respected “in this community and in the state.”

Martin himself put the recall action on the agenda, and served himself with a so-called Rice notice that must be given to all public sector employees in New Jersey when their job performance is being discussed. The discussion of his performance was held in a closed-door session, as required by state law.

The most spirited defense of Martin came in comments by the town’s normally taciturn attorney, Paul Giblin.  He expressed anger at the tone of innuendo that has been expressed at town meetings lately, and refuted claims that Martin is paid too much. Giblin, who serves as legal council for other municipalities, disclosed that other towns have attempted to recruit Martin away from Verona, saying that he was told that Martin “could name his price.” He conceded that Martin is at times “caustic” and “insensitive”, but praised his leadership. “This town is run better than any town I represent or am associated with,” he added.