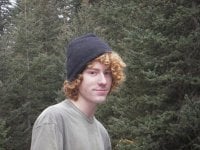 He attended Verona High School, Summit Preparatory School in Kalispell, Mont., and Montclair State University. He had been a cook at Crane’s Mill, an assisted living facility, in West Caldwell, N.J.

Mike will be remembered for his creativity, generosity, wit, beauty, and love of animals. He will forever be in the hearts of the people who were blessed to have known him. Services were private in the care of the Dancy Funeral Home, Caldwell. Mike’s family and friends would like to thank the family, friends, co-workers, and residents who attended Mike’s wake and funeral.

In lieu of flowers, donations in Mike’s name given to the National Audubon Society, National Wildlife Federation, or to the Ferry Beach Park Association would be deeply appreciated by Mike’s family and friends. We will never forget you, we will never forsake you.