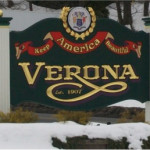 Three members were re-appointed to the Verona Environmental Commission: Gloria Machnowski, Jim Loudon and Tom Freeman, with terms ending on June 30, 2013. In addition, H.B. Whitehorne Middle School art teacher Anthony Saltalamacchia was named to fill an unexpired term, and Tara Bratek and Marjorie Williams were named alternates to the commission.

Alexander Graziano was re-appointed as Rent Control Board attorney, with a term ending June 30, 2012. Jeff Hayes was re-appointed emergency management coordinator, while Charlie Magatti, the current chief of the Verona Fire Department, and Verona Police Chief Doug Huber were named deputy emergency management coordinators. The terms of all three run through June 30, 2013.