Formspring.me: You Heard It Here First 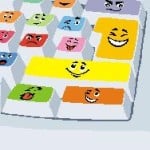 The front page of today’s New York Times has an article on a social networking site called Formspring.me that it calls the “online version of the bathroom wall in school, the place to scrawl raw, anonymous gossip.” We wrote about the site back in February, when Verona school officials sent home a letter saying that they’d banned an unnamed social networking site after realizing that students in the middle school and high school were using school computers to access it during school hours. Though they did not name the site in the letter, we learned it was Formspring.me.

Formspring.me, which some kids use as an application on their Facebook page,  allows viewers to invite their online friends to ask questions or post comments without having to identify themselves. The Formspring.me site, which has 28 million visitors each month, has become an obsession for thousands of teenagers, who inexplicably make public nasty comments about their looks, friends and sexual habits. Formspring.me was implicated in the March  suicide of Alexis Pilkington, 17-year-old West Islip, N.Y. soccer player who had received many nasty messages.

But there’s good news in today’s news report: Formspring.me may have jumped the shark. A teen is quoted in the article as saying that some kids are starting to shy away from the site, realizing that it’s not a good thing and that people are getting hurt. Here’s hoping that this teen obsession, like most of them, has a short half-life.