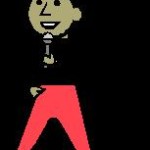 The Verona United Soccer Club, the town’s youth soccer organization, is providing a remedy for the dead-of-winter doldrums. Comedian Russ Meneve will perform at the  Club’s annual fundraiser at the Verona Community Center on February 27. (This is the same night at the Junior Women’s Club’s Casino Night, so you’ll have to choose–or throw the dice–as to which you’ll attend. Keep in mind that although you can’t attend both, they are important fundraisers, so consider making a contribution to the one you cannot attend.)

Russ Meneve is a New Jersey native who has appeared on Comedy Central as well as “The Tonight Show” with Jay Leno and “Late Night with Conan O’Brien.” The $55-per-person ticket price includes a buffet dinner, beer, wine and soda. There will be team basket raffles and a raffle to support the club’s college scholarship fund. The event runs from 7 to 11 p.m. For  reservations, send payment to Mary Farrell, 49 Morningside Road, Verona, NJ  07044.

Previous article
Starlab’s In Town
Next article
Stuck Home For The Break? We Can Help