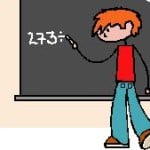 All six Verona public schools met the 2009 targets set by the state of New Jersey under the federal No Child Left Behind Act, according to data released on Thursday by the state Department of Education and reported in The Star-Ledger. More than 800 schools in New Jersey, or more than 36 percent of schools where students were tested last year, failed to meet goals for performance on standardized tests.

The pressure on school districts to meet standards for both regular education and children with learning issues mounts each year, as the  state sets increasingly higher benchmarks under the federal law. For 2009 there were 150 more schools falling under the category of “School In Need of Improvement” than there were in 2008. This designation comes after two years in a row of missing the benchmark, and requires schools to undergo specific corrective action. Schools that miss the mark once, as Millburn Middle School and Cedar Grove’s Memorial middle school just did, are put on an “Early Warning” list.

Here are the results by school for Verona: