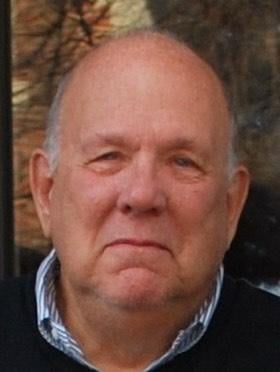 Paul was born and raised in the Bay Ridge section of Brooklyn. A city boy at heart, his love of the Mets almost rivaled his fondness for his family! He organized many outings to Shea Stadium and made sure that all his extended family (even the Yankee fans) could root for his team. A doting grandfather, “Far” adored his grandchildren and was immensely proud of all of their achievements – he delighted in teaching them how to fish at Lake Teedyuskung and attended more school plays and concerts than one could count.

But perhaps Paul’s greatest love was his wife of 59 years Randi – his “Coney Island Baby.” While they started their life together in Brooklyn, they spent the last 56 years as Verona residents where they raised their three children and became dedicated members of the community.

Above all, the greatest legacy Paul will leave his loved ones is his sense of honor, decency and above all his never-ending commitment to always doing the right thing.

Paul graduated from Brooklyn Tech High School with the Class of 1955. He earned a bachelor’s degree and a master’s degree from City College of New York. He was a chemical engineer working for Hoffmann LaRoche in Nutley for many years before retiring in 1992.

He was a member of the choir and very involved in Calvary Lutheran Church in Verona.

Mr. Olsen was predeceased by his parents, Irving and Alma (nee Aksnes) Olsen.

Visiting will be held in the Prout Funeral Home, 370 Bloomfield Ave., Verona on Sunday, January 22 from 2 to 4 p.m., followed by a service at 4 p.m. Interment will be private. A celebration of life for Paul will take place at Calvary Lutheran Church, 23 South Prospect Street, Verona on Saturday, February 4, 2023 at 11 a.m.

Full obituary & condolences may be left at www.proutfuneralhome.com.