Senior Night comes only once a year, so when it came last Friday, Verona was prepared. Verona’s effort to best Glen Ridge paid off when the team defeated them 18-6. Although the night was a success, it was also a heartfelt farewell to the seniors, as this will likely be their last home game. Before the game, the marching band, cheerleading, and football seniors went in procession with their parents. They then announced their future plans at college, what they planned to major in, and a special message for their parents. 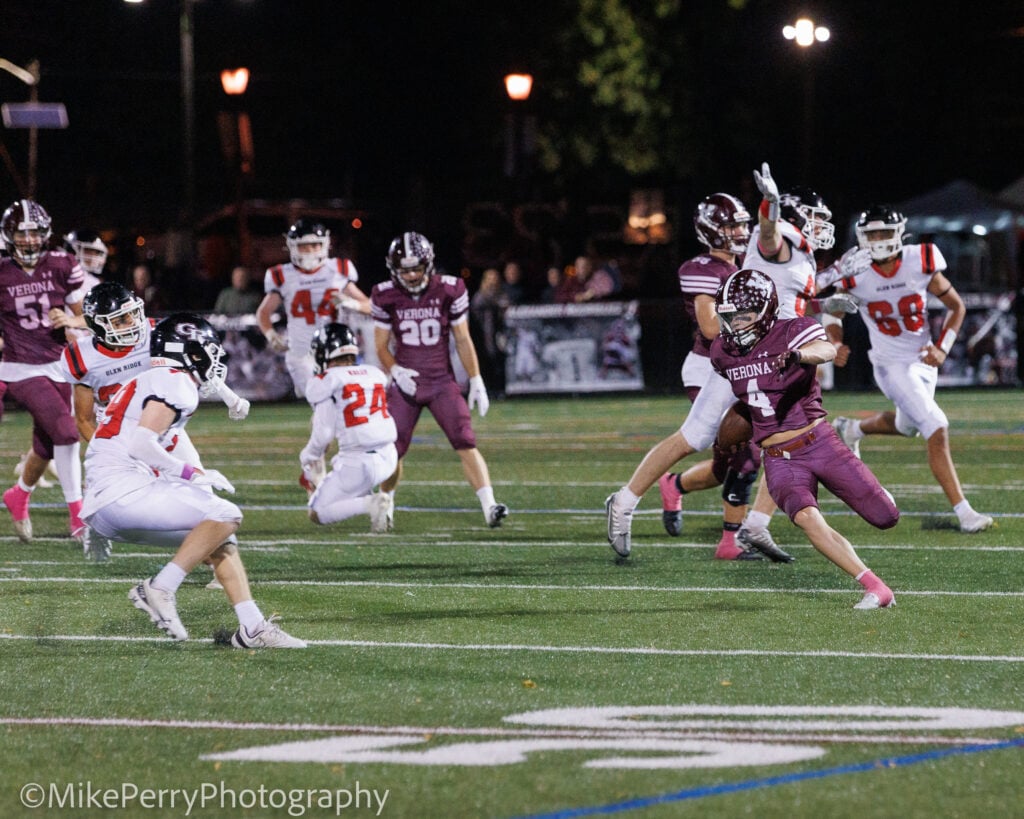 The second quarter commenced with Rodriguez jumping backward in double coverage to catch a 30-yard pass. A rush by Rodriguez capped off the drive with a touchdown. Verona 13-0. Another stop by Verona kept the score unchanged. However, Verona was unable to capitalize and had to punt. Unfortunately for Verona, catches to the sideline were able to get Glen Ridge a touchdown. 13-6. After an unsuccessful Verona and Glen Ridge drive, the half concluded.

The second half started off with gang tackles stopping Glen Ridge’s offensive capabilities. With Verona’s possession, pitches to Rodriguez and runs by Cerle brought the drive to midfield. A punt by #2 Kieran Patel (kicker, punter) was downed by #13 Salvatore Santos-DiTrani (receiver, cornerback) at the one-yard line. The next play was a safety caused by #44 Bodie Maisano (running back, linebacker). With Verona on offense, rushes by Cerle brought the ball to the 15-yard line, where Patel made a field goal. The third quarter then closed out with Glen Ridge forcing a Verona punt. 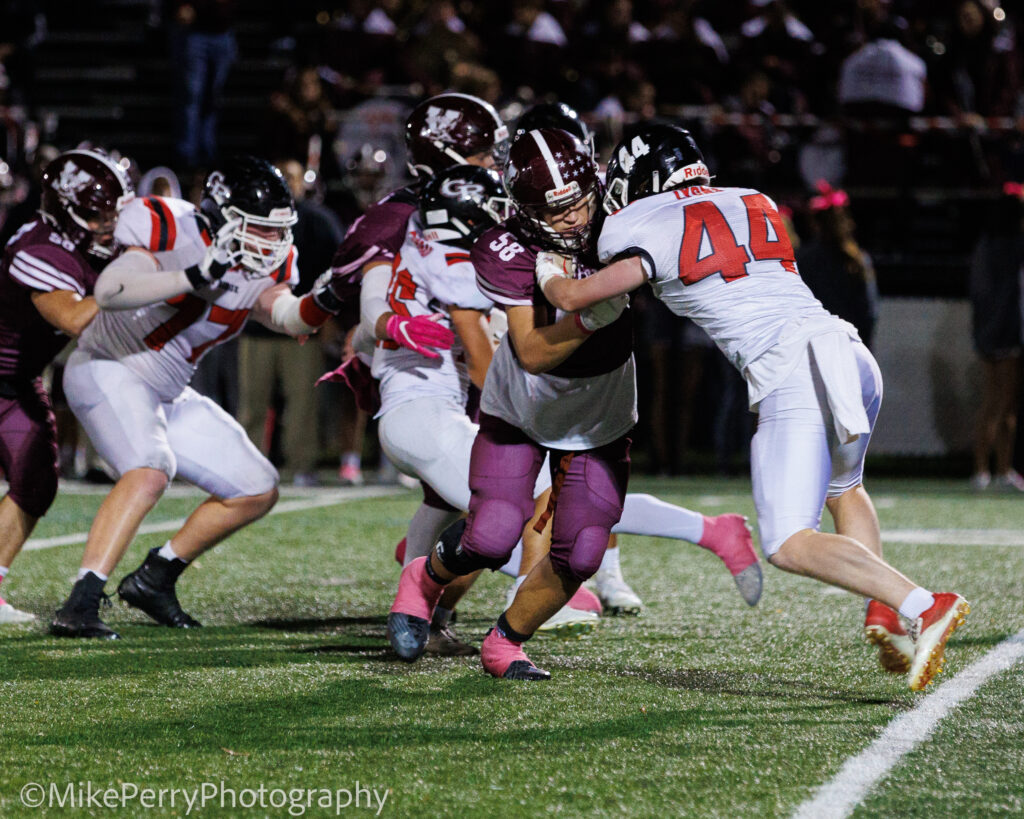 The fourth quarter began with AJ Nigro and #42 Marc Nigro forcing yet another Glen Ridge punt. The resulting Verona drive could not put points on the board, and Verona punted as well. #3 Gianluca Checchetto (receiver, cornerback) was nearly credited with an interception. However, a penalty took it away. When Verona received the ball, Cerle ran for a 70-yard touchdown, but that was called back by a penalty as well. A Boyle sack stopped Glen Ridge’s momentum on the next drive. The next play, Rodriguez intercepted the ball for a turnover. In response, Verona’s offense ran out the clock.

MyVeronaNJ asked football’s seniors three questions about their lives and how football has impacted them. These were their responses to the questions.

What was your favorite moment in the last four years on the team?

#58 Jack Freedman (offensive tackle, defensive tackle): Being with the team in Jay’s (athletic trainer) office before and after practice.

#78 Jack Huze (offensive tackle): Winning a championship with my brother.

Alex Rodriguez: My freshman year, we won the state championship and went undefeated. That was fire.

AJ Nigro: Going to Metlife with the team and seeing the Giants locker room.

Andrew Boyle: Coming back to the locker room after Metlife. 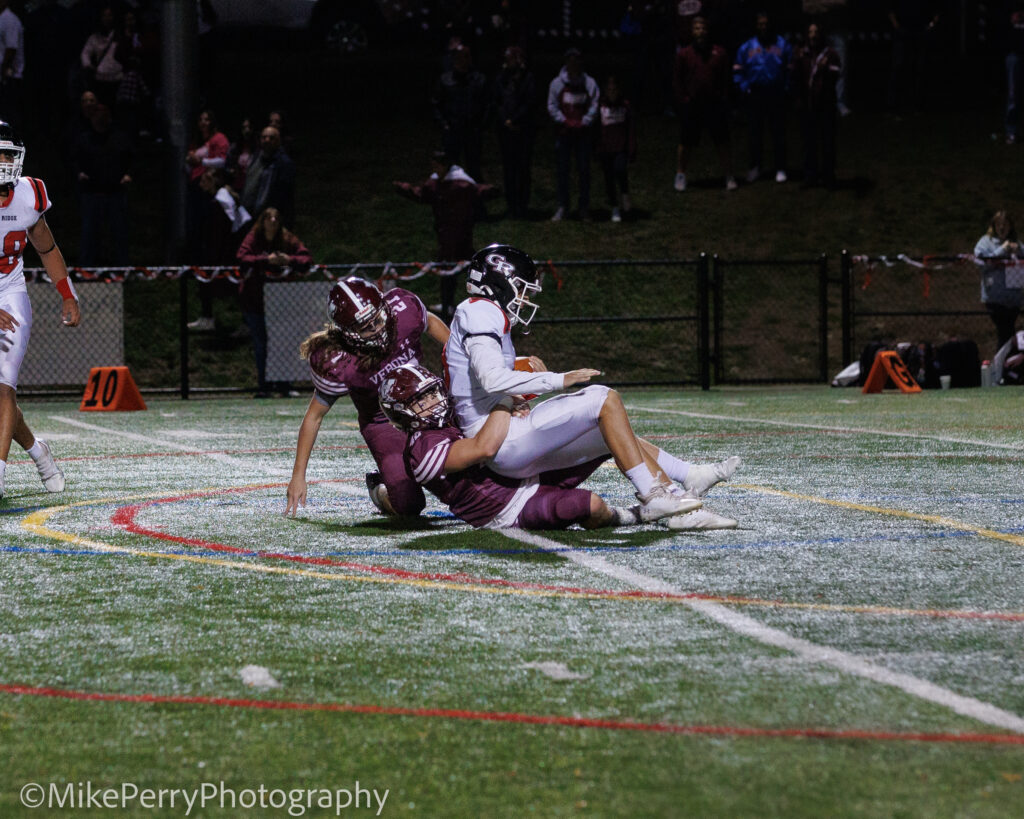 What do you plan on doing after high school?

Rodriguez: Play football and/or basketball at a four-year university.

What lessons have you learned from playing high school football?

Huze: I learned that life goes up and down, but you push through and do what you gotta do.

Rodriguez: It taught me that no matter how hard things get, it’s up to me to be a leader and keep pushing.

Cerle: How to be hardworking and disciplined.

Nigro: It taught me how to be a leader.

Boyle: It taught me to be disciplined and do things you don’t want to do.

After a spectacular four years of high school football, these seniors are finally moving on. The last regular season game these players will play in is on October 21 at Hanover Park. Although VHS will miss them, the seniors will undoubtedly have a much bigger impact when they go and take on the world. 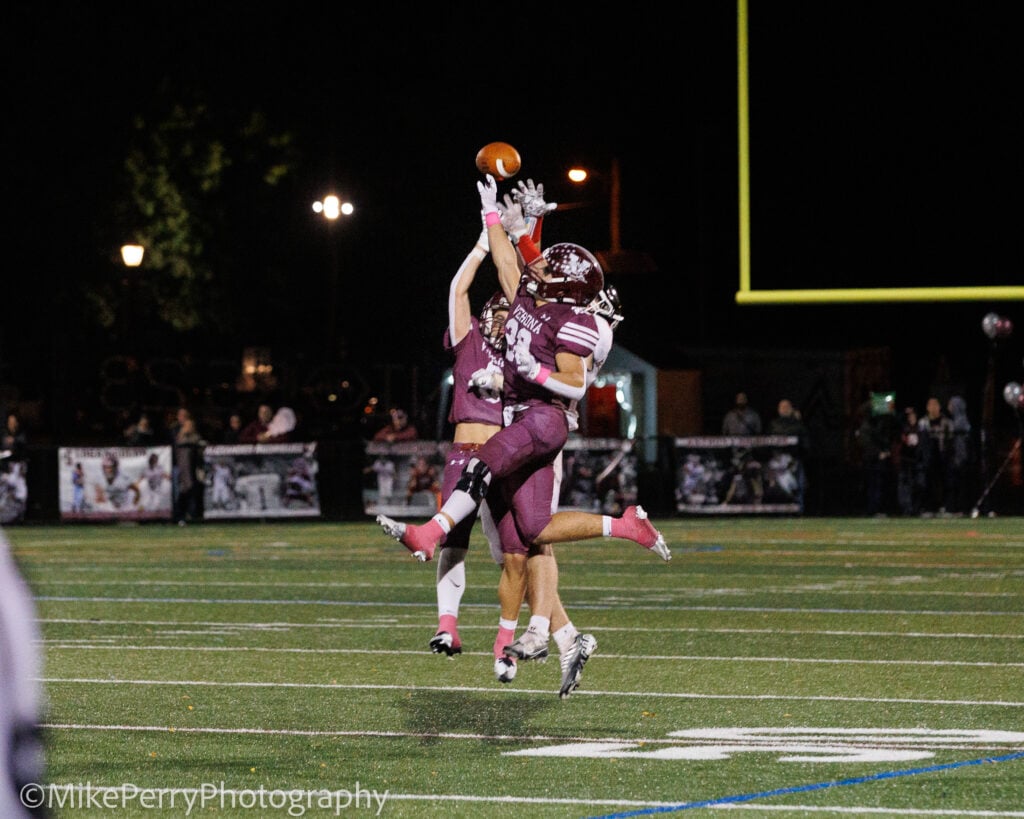