How To Kill Spotted Lanternflies

Spotted lanternflies are back this summer, and the Verona Environmental Commission (VEC) is sharing information from its own work and Rutgers University’s Environmental Stewards program about what to do about the invasive pest. Spotted lanterflies are triangular-shaped insects that are black with white dots that later develop red wings.

The VEC says that if residents have a Tree of Heaven (Ailanthus altissima) on their property, they should remove it. The plant, which is also an invasive, has been one of the primary hosts of spotted lanternflies since they were first spotted in Pennsylvania in 2014. Rutgers says, however, that the pests are also now showing up on many other trees, vines, and perennials, both native and non-native.

If you have a Tree of Heaven (pictured below), the VEC says you should apply herbicide to it and wait about 30 days for it to affect the tree. Then cut it down and apply the herbicide to leftover roots as soon as you can.

“The tree has very an extensive system of creeping roots and you may have to do some digging and pulling and even repetitive herbicide treatments when new growth springs up,” the VEC says on Facebook. The commission says that while it generally does not recommend using herbicides, the benefits may outweigh the drawbacks in the case of spotted lanternflies. “If the tree is large, we also recommend that you hire a professional to apply the herbicide and take the tree down,” the VEC says. “Keep your pets and children away from the area. Once the tree is dead, no need to bag it.”

As for what to about the fast-moving bugs, Rutgers recommends mixing 1 tablespoon of Castile soap, found online and in stores, to a spray bottle of water. Putting the spray bottle on light mist will do a good job of reducing the population, Rutgers says. Castile soap is a mild, fragrance- and dye-free liquid soap that won’t harm any plants that are nearby.

UPDATE: After this story was published, the Rutgers Environmental Stewards changed their guidance on dealing with spotted lanternflies. Lauren Fordyce, home horticulture educator for Rutgers’ New Jersey Agriculture Experiment Stationm, says readers should follow the information on the Rutgers Cooperative Extension of Essex County or the the Penn State Spotted Lanternfly Management Guide. 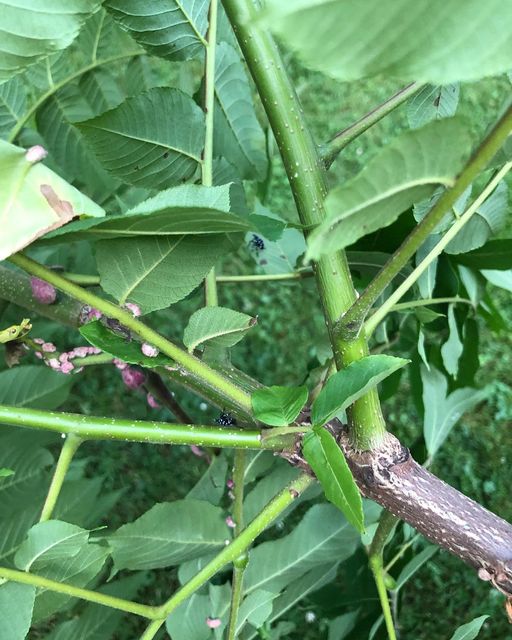 Verona real estate is closing out July with three new listings: an attached townhouse in a newer development...
Sports

Swimming's summer Divisionals meet was held at the Verona Pool on Monday and several Verona Waves swimmers had...
Business

Citizens, which will soon have a branch in Verona, announced that it has become the official bank of...
Schools

Sara Drappi is running for a second term on the Verona Board of Education and, according to the...

Cooling Centers For A Hot Weekend

The heat wave is going to continue on Saturday...

For the first time in a long time, there...