July 10, 1918 – March 12, 2022
Meriom, a Santa Fe resident for 38 years, passed away peacefully, with her three daughters at her side, on March 12. She was predeceased by her husband Howard, son Ken, grandson Jagade and her three siblings. She was born in Minneapolis, the eldest child of Rose and David Shaich. The family eventually settled in Pleasantdale, New Jersey, where Meriom graduated from West Orange High School. She also attended the Central High School of Needle Trades and the Fashion Institute of Technology in New York City. After graduating, she worked for several years designing women’s clothes.

In 1940, she married Howard Kastner. Their first child, Ken, was born while Howard was overseas. The family settled in Verona, New Jersey, adding three girls to the family. While raising the family, Meriom helped Howard launch and grow a successful business. Meriom was also active in the PTA, local politics, and the anti-war movement.

Once the kids were grown, Howard and Meriom sold their business and moved to Munich for 11 years, where they were very active in the German-American community and traveled extensively.

In January 1984, they settled in Santa Fe. Meriom was involved as a docent, board member and volunteer at most of the Santa Fe museums, Friends of History/Compadres, the Santa Fe Opera, Newcomers Club, Westerners, Bienvenidos, Randall Davey Audubon Society, Santa Fe Archaeological Society, Temple Beth Shalom, and more. She loved to read and belonged to several book groups. In 2002, Meriom and Howard were named Living Treasures in recognition of their many volunteer activities.

Meriom is survived by daughters Abby and husband Don, Debby and husband Dale, and Barbara and husband Tim, as well as her beloved grandchildren and great-grandchildren. Many thanks to the staff at Helping Hands, Caring Hands and Ambercare for their kindness and caring. She was an avid gardener and an excellent cook. She was a force of nature and an inspiration to many. She will be greatly missed. 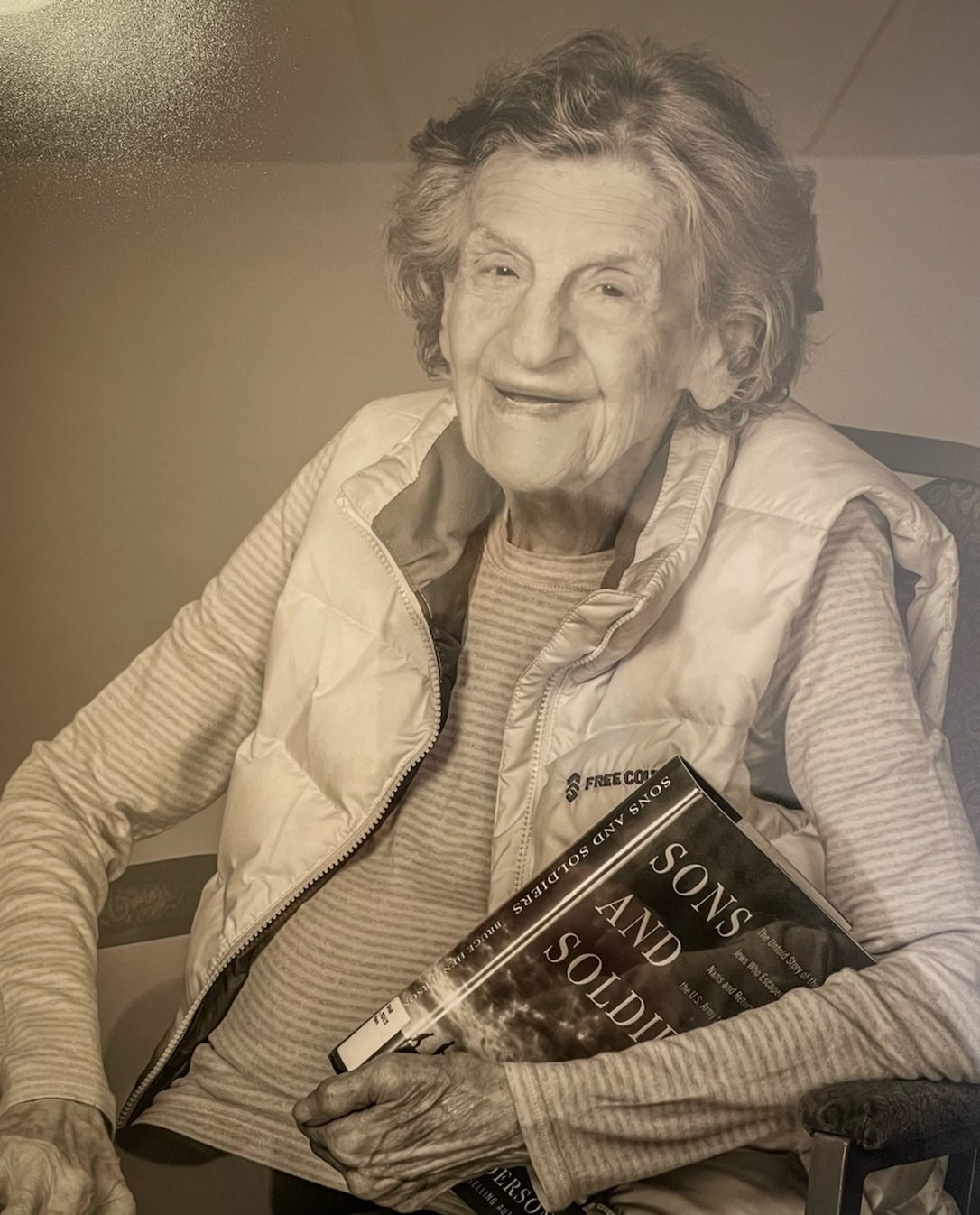 Previous article
An Easter Mystery
Next article
Flag-Raising For Ukraine