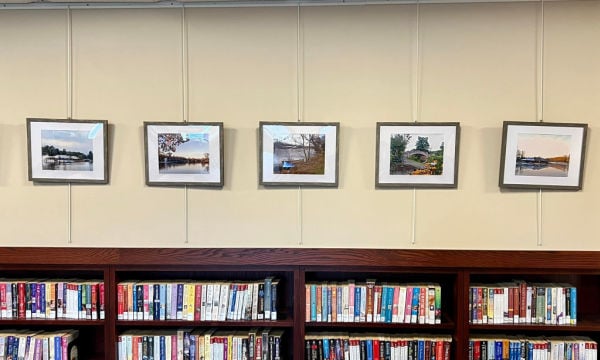 If you walk Verona Park early in the morning, you’ve probably seen Glenn Houthuysen walking his dog and taking pictures on his iPhone. Houthuysen, a resident of Verona since 1996, estimates that he has taken more than 1,000 photos of the park over the years. Now, 10 of his favorites are on display on the second floor of the Verona Public Library for the month of April.

Since the library was remodeled, it has used the second floor wall space for different kinds of exhibits. When Houthuysen found himself at the table next to the Library’s at Fair in the Square (he’s the chairman of the Verona Historic Preservation Committee) he asked Assistant Director Catherine Adair Williams about putting his photos there, and the rest, as they say, is history. Some of his Park photos may also be on the next round of notecards from the Verona Park Conservancy.

Houthuysen doesn’t only take pictures of the Park. He joined the Air Force and the New Jersey National Air Guard after graduating from Clifton High School and travelled the world, taking pictures in 44 states, 23 countries and six continents. Since 2003, he has been teaching third grade in Paterson.

The photos can be seen anytime the Library is open. Residents who would like to display their art in the Library should contact Adair Williams at [email protected] . 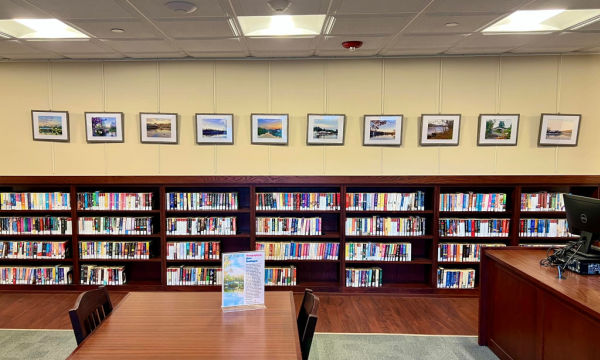