The Whys Of Walking Verona 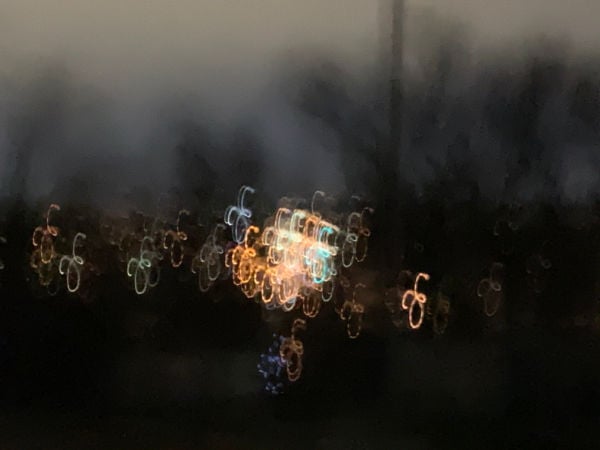 For many of us, walking is our first means of transportation. We get out of bed, plant our feet on the floor, and walk to the bathroom, the dresser, or our cellphones. We once walked far enough to populate all habitable land. We don’t need to use our feet to travel everywhere now; technology has made it possible to go almost anywhere on Earth in less than 24 hours.

I have come to love walking, and argue for its value in the age of the automobile. The place I learned to walk was Verona, just as I entered high school; just as I realized I could use my feet for freedom, and use that freedom to know the land I walked upon.

“Don’t you want a ride back?” my mother would ask me, as the temperatures cooled and winter’s first frosty kisses bit my cheek. “I don’t want you to have to walk home in the cold every day, and have people think I won’t give you a ride.”

But, no thank you. The first high school winter — a winter I felt in reddened cheeks, cracked skin, and black ice slick on uneven sidewalks — I was liberated from the automobile. When the last bell rang and my classmates slouched in the school driveway for cars owned by others, I hung back. I sauntered about the school, chatting with teachers and friends and prolonging the time until I’d shut the front doors behind me and walk down Fairview Avenue to the quiet confines of home — on my own terms. Rain or shine, sun or snow, heat or cold, with my tenor saxophone, case and all, or without — unless I had somewhere urgent to be, no one drove me home.

As the walk turned from novelty to habit to ritual, I asked myself: did I walk from prickly impatience? For the satisfaction of sweat on my brow and back? Or nothing more than the glint of naked pride? What, exactly, was I trying to accomplish?

As the years passed and my refusal to get a ride became more pronounced against a backdrop of driver’s tests, permits, and licenses, I thought less about justification as I tried to walk everywhere I could. Did I have a holiday gift to drop off on Verona’s hilly west side? I walked there, sweating through my winter jacket as I trudged up Gerdes Avenue. Was I scheduled for a shift at the pool on a humid and suffocating August afternoon? I walked up Fairview Avenue, as my vision shimmered in late summer heat. On assignments for this very publication, did I have to go across town, or up the hills, or into a troughing valley of a street, even if the day dawned iron gray and the clouds threatened wind and rain? A raincoat it was, then, and an umbrella as well.

My friends, with their cars and licenses, regarded my walking habit with a mixture of disbelief and confused admiration— did I enjoy showing up to my pool shifts thoroughly drenched in sweat, or walking home in literal downpours? I did no more than shrug, or say that I liked watching my step count go up. In truth, my answer was as good as theirs. For every reason I could come up with, the why of the walking remained an answer incomplete, shapeless, deformed and inaccessible: a shadow box I could never open, but whose lock and key were somewhere just out of reach, attainable with one more step forward, one more block crossed, one more walk away. 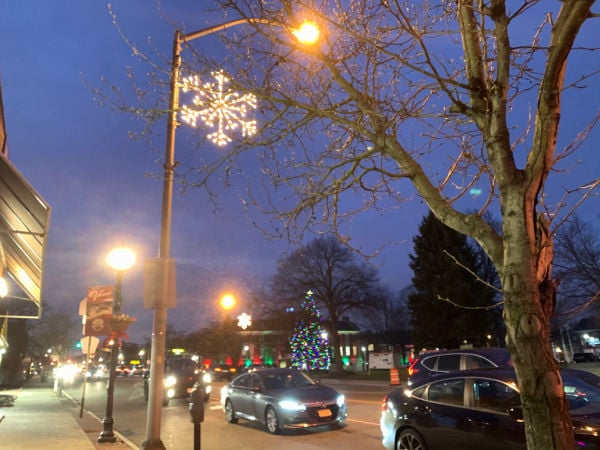 On December 30, 2021, I, as usual, went for a walk, this time to somewhere I’d never gone on foot alone: Hilltop Reservation, the peak of Verona. I left home and walked down Bloomfield Avenue, music blaring in my headphones as the afternoon faded into evening. I turned at the community center, and went up, up past the soccer field and playground, up past the softball stadium and the silver bleachers sitting vacant in the encroaching night. I walked north up White Rock Road and saw the bemused faces of drivers going the other way; what was she doing, going uphill on foot?

I came to the top and walked around homes made from light brown bricks and with immaculate, identical lobbies. I continued north, and stopped at the overlook whose hills sloped down into Caldwell. I saw white Christmas lights wrapped around spindly trees flickering in the valley below, and the distant pricks of yellow marking houses on the other side. I continued around the edges, as the sky turned from navy to a rich black, the orange glow of the street lamps casting illuminated pools of light to the asphalt below, until I’d made a full loop — and found nothing.

I had climbed a mountain, and found a gaping, all-consuming emptiness at the top, an emptiness in buzzing white Christmas lights and barren brown trees. For what had I wandered here? And why did I want to keep walking? I turned southward and started down the hill, just as final whispers of daylight faded away. But just as I rounded the curve down the steepest part of the hill, I looked east and saw a vein of light.

The vein ran from Montclair to Caldwell, criss-crossed by smaller arterials and byways, flanked on both sides by orange street lamps and passed through by waves of automobiles: Bloomfield Avenue, seen from above. Verona’s main blood vessel, the road through which a majority sees the town: not as a place where people live or have lives, but a pass-through space, somewhere to go somewhere else. And yet, Bloomfield Avenue takes the pulse of Verona, a valley town of 2 square miles, where the streets rise and fall in an uneven basin of suburban development and remaining wooded areas at the top of its hills: where the 21st century meets itself with muted trepidation. 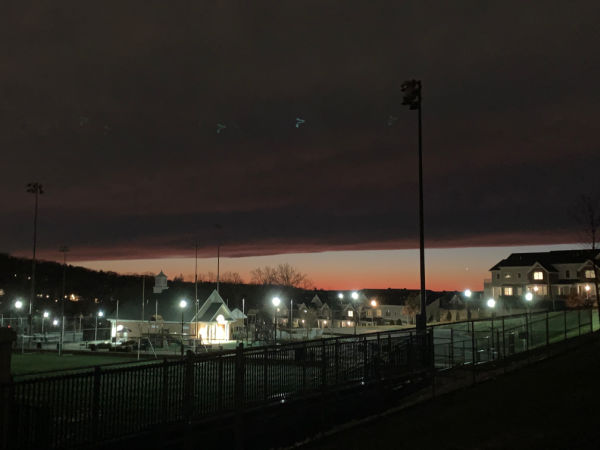 From that spot I set off homewards, falling into the flow of Bloomfield Avenue, coming to the turn I had made tens of times before, the turn from Fairview to Bloomfield, the same stretch of street I had walked so many times and never truly looked at. I cast my gaze around me, and took stock of the restaurants and gyms, the hair studios and nail salons, the banks and clothing stores, the storefronts alive with business, and the storefronts boarded up, dark, empty, despondent. I made the turn from Bloomfield to Lakeside and crossed into the park, winding toward the playground and the path home. I crested the hill and came to the familiar house, the familiar driveway and familiar garage. I looked up, as I had done so many times before. I saw the stars, and felt from my feet to my head: where.

What is where? Where is not a point of latitude and longitude on a map, or the numbers of a street address. Where is a sense of place, an understanding of one’s own location, the space around that location, and the character of that space; where is to stand atop a mountain on an unseasonably warm December night, and see the route walked every day for four years as but one path through the space called Verona.

In my wanderings, I had scurried through the skeleton of the town, traversing the streets like a blood cell caught up in the greater flow of movement surrounding me. In all that time, though, I had never seen the shape of that skeleton, never observed at a distance how it was shaped by hills on all sides, by valleys that converged down into the singular point of the park, by streets that bled over from one town to the next. I had lived here, but did not know what here was; I’d had no chance to know when I sat in the car, focused on the road and the other vehicles around me, and I could not know when I had only walked at street level, never seeing any larger picture around me.

But, that night on Hilltop, I could look in all directions and see the town spread out before me, see the form that had given life to the homes and apartments that branched off from a main avenue and clustered around the schools spread at each corner. Someone could ask me “Where are you from?” and I could give a shape, a character and color, to a word with letters spelling “Verona.” Many hills, many slopes: one pulse of light. 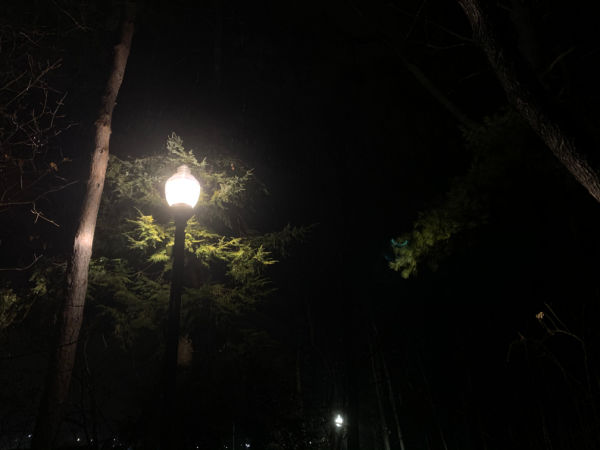