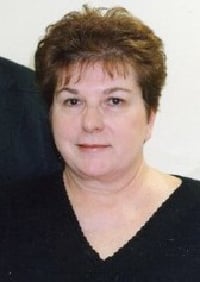 A funeral mass will be offered in Holy Family Church, Florham Park, on Saturday, December 11 at 10 a.m. Visiting in the Prout Funeral Home, 370 Bloomfield Avenue, Verona will be on Friday, December 10 from 4 to 7 p.m.

Born in Montclair and raised in Roseland, Mrs. Bukwich lived in Caldwell and Parsippany prior to moving to Florham Park 54 years ago.

She graduated from Mount Saint Dominic Academy in 1959 and Caldwell College in 1963. She was the co-owner of Center Drugs in Verona for 46 years, retiring in May of 2016.

Mrs. Bukwich raised four children while working full time in the pharmacy, always placing her family and faith first. She was most proud of her three grandchildren, who brought out her most perfect smile each time their names were mentioned. Her notorious love of wine was only surpassed by the Face Time calls with her grandchildren on a weekly basis.

Mrs. Bukwich was predeceased by her husband of 54 years, George A. Bukwich; her parents, William F. and Rose (nee Chiera) Duym; and her brother, William F. Duym, Jr.

She is survived by her children, Donna, Michael, Thomas and William (and his wife, Grace) and her grandchildren, Michael Anthony, Nicholas, Gabriella. She is also survived by her sisters, Marilyn Kelly (Martin) and Deborah Rote; her sisters-in-law, Carol Guarino and Barbara Southard (John); and her best friend, Ellie Sauer (Robert).