How The Strategic Plan Reshaped The Verona Library 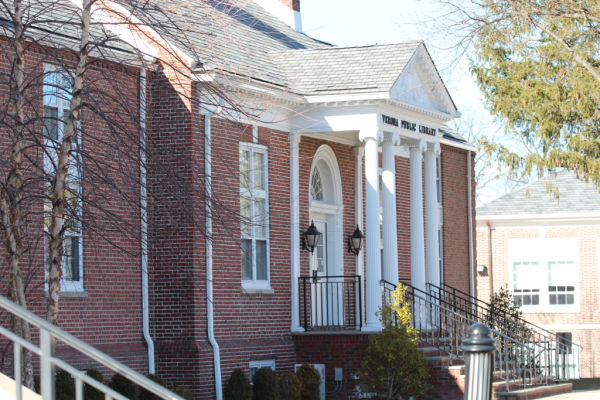 In December 2018, the Verona Public Library reopened after a two-year renovation that added 4,000 square feet of space for books and readers. In August 2019, the library’s trustees hired a new director, Claudine Pascale, who almost immediately began a strategic planning process to put all that extra space to good use. In January and February of last year, Pascale held focus groups on the plan and prepared to implement it. And then, in March 2020, everything changed.

Pascale addressed the Town Council on Monday, July 19, on the planning process that was and on the library’s post-pandemic future. Many of the issues uncovered by the planning discussions remain central to the library’s future and Pascale continued to advance them even while the building was shut during the worst of COVID-19. (You can read the full strategic plan here.)

She noted that the library had spoken with close to 800 people during the planning process, including the general public, community leaders and the library staff. “The response to the new library was overwhelmingly constructive and thoughtful,” Pascale said. “Community members told us that they loved the renovation and the new spaces.” The renovation gave the library more meeting rooms in the basement and on the second floor, which were quickly booked by many community groups. Some groups and activities are coming back to the building now, but the library is also continuing to hold online events and programs outside its walls.

The feedback also emphasized, however, that the library must continue to expand its physical and digital collections for young children, teens and seniors. “One of the things that came up over and over again in the community feedback is that people want popular titles now,” Pascale said. They didn’t want to have to wait months for it.” So the library has committed to acquiring  popular fiction in multiples, to hold and circulate and, if interest wanes, to replace them with new material. The library also made it possible to check out a book online and then pick it up from a shelf in the front vestibule without contact with a library staffer, and to get a library card through an online registration form instead of just at the front desk. Pascale did note that many people are actively checking out material even though they have yet to pick up their physical library library card.

Pascale told the Council that the library will be stepping up its creation of what she called “irresistible on-site and online programming,” and more thoroughly marketing those programs to the community. That will be particularly true for technology programs. Pascale said the library wants to be Verona’s “center for digital fluency,” a place that can, she added, “close the digital divide.”

The goal, Pascale said, is to bring together people of all ages “to read, learn and engage each other.”