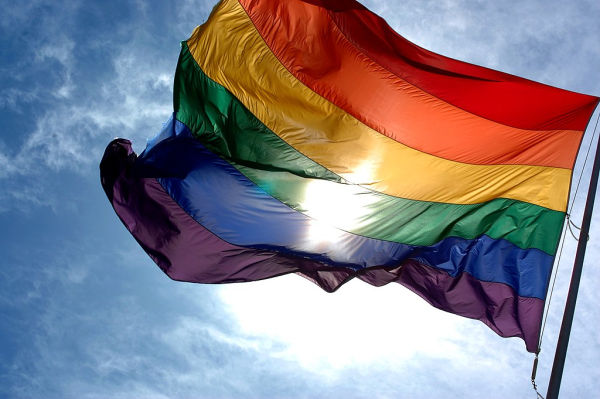 On June 28, 1969, New York City police raided the Stonewall Inn, a gay bar in Greenwich Village. Stonewall’s patrons fought back, a landmark event in the fight for gay rights. While recognition and acceptance of LGBTQ people in the U.S. has greatly accelerated since then, much work remains to be done to ensure that they have the protection and support of their communities — and Verona is no exception.

“You know, Verona isn’t seen as particularly progressive,” says A., a junior at Verona High School who wishes to remain anonymous to protect their identity. “We’re between Cedar Grove and the Caldwells, which are more conservative, and Montclair, which is very progressive. I think Verona’s caught in between those two cultures, and that can make it difficult to be queer here.”

Verona has taken steps to show support for its LGBTQ community, including raising a Pride flag in town center. However, Verona’s young queer people say that raising a flag isn’t enough. They report a culture toward LGBTQ people that, while not outwardly hostile, is internally judgemental and stigmatizing towards those who aren’t heterosexual or don’t identify with the gender they were assigned at birth (those who do identify with their assigned gender at birth are referred to as “cisgender”), and feel that Verona has a ways to go in accepting and supporting its queer community.

“I feel fairly safe walking around here,” says Griffin Willner, a senior at VHS. “But that doesn’t mean I feel supported.” Willner isn’t alone in his assessment of Verona’s attitude toward queer youth. Across town, Verona’s LGBTQ students draw a distinction between avoiding explicit harassment and violence and feeling that their community has their back — and sometimes, harassment can be more than covert whispers and hostile glances. “One time, on a date night with my boyfriend, we were walking holding hands, and a car of guys drove by us and screamed ‘Faggots!’ out the window,” reports Willner. “So, yeah, that can make my partner and I nervous to show we’re a couple in public.”

In this sense, Verona isn’t alone: Across the country, LGBTQ youth are more likely to face harassment and violence compared to their peers who are heterosexual and cisgender. However, for Verona’s LGBTQ students, harassment can come as a wake-up call in a town that has attempted to appear more progressive. “Performative acts like hanging up equality banners in the high school or the Pride flag in the town center won’t make most of us [LGBTQ people] feel any differently about the town unless the people in it change,” says Maria Serra, a senior at VHS. It’s not that students are hostile toward raising a Pride flag or putting “Safe Space” stickers on the doors of classrooms at VHS. Rather, it’s that Verona’s people need a broader shift in their attitudes toward queer youth, and without this change, queer students will remain fearful of harassment and judgement from young people and adults alike.

“We’re a small town,” says A. “There’s definitely a town gossip culture, and that means things can easily reach the wrong ears.” Students describe a two-fold pressure in Verona: it can be difficult to be accepted as LGBTQ unless one explicitly comes out, but once one does, a person’s identity can quickly circulate around town. “If someone doesn’t have a supportive family, coming out can be horrible for them,” A. continues. “So that’s why it can be difficult to be openly queer here.”

“No one takes you seriously unless you come out,” senior Breianna Magardino concurs. “I’m lucky, I have a supportive family. But I still feel pressure to prove that I’m actually queer here, and that’s not easy.”

Others share that assessment. “I feel that I’m not really enough of anything,” says Magardino, who is biracial, bisexual, and exploring her own connection to womanhood. “At the same time, I feel my own differences compared to the kids around me, but also that I don’t fit into the POC or LGBTQ community here.”

Indeed, it’s Verona’s demographics that prove most challenging for many LGBTQ students, who already form a minority of the population. “It’s so homogenous here,” says A. “The same families live here and stay here for generations, and the same prejudices remain.” While Verona has been getting more diverse, the new population moving in isn’t nearly large enough to drastically change town culture. “Until the people change, things can’t get better, and I don’t know how easily that can happen.”

Verona’s queer students believe there are several ways that Verona could help support its LGBTQ community, starting with disciplining homophobic bullying. “I was called a homophobic slur in middle school by a classmate,” says Serra, “and his ‘punishment’ when I reported him was to apologize.” Only a minority of teachers nationwide have experienced any sort of professional development regarding LGBTQ harassment and bullying, and students often report difficulties in seeing their issues properly addressed.

Students also want schools to be more inclusive of LGBTQ students in the curriculum, especially regarding sex education. “Sex education here is very focused on straight people,” says Willner, echoing a national trend regarding a lack of LGBTQ inclusive sex-education. “LGBTQ people have unique needs when it comes to sexual health, even if it doesn’t involve pregnancy — not only straight people can get STDs!”

Despite these challenges, though, Verona’s queer students are thankful for those who have proved strong allies toward the LGBTQ community. “Teachers like [Melissa] Wallerstein, they’re so important in making us feel accepted,” says Willner. Indeed, having a supportive adult can be instrumental for LGBTQ students’ mental and physical health, and members of Verona’s faculty have proven more than willing to help their queer students.

Students also described the importance of LGBTQ friendly spaces in the school, such as the Spotlight Players Drama Club. “Support for the arts, that’s so important for LGBTQ students, since so many queer people end up in drama or music or the like,” says A. “If we valued the arts as much as sports here, that would be really impactful for queer kids here.”

Ultimately, Verona’s LGBTQ students want something little different from any of their peers: community, friendship, and the ability to freely express who they are. “It’s about finding your people,” says Willner, “and having people around you that support and affirm you.”

Certainly, Verona’s community and people can’t change overnight. But, students still expressed hope for the future of their town. “I really think a lot of the homophobia here comes from ignorance,” says A. “I don’t want to set my expectations too high. But I have hope that things can change.”

- Advertisement -
Previous articleTown Council To Meet In Person Again
Next articleWhat’s Next For VHS ‘21: Animation