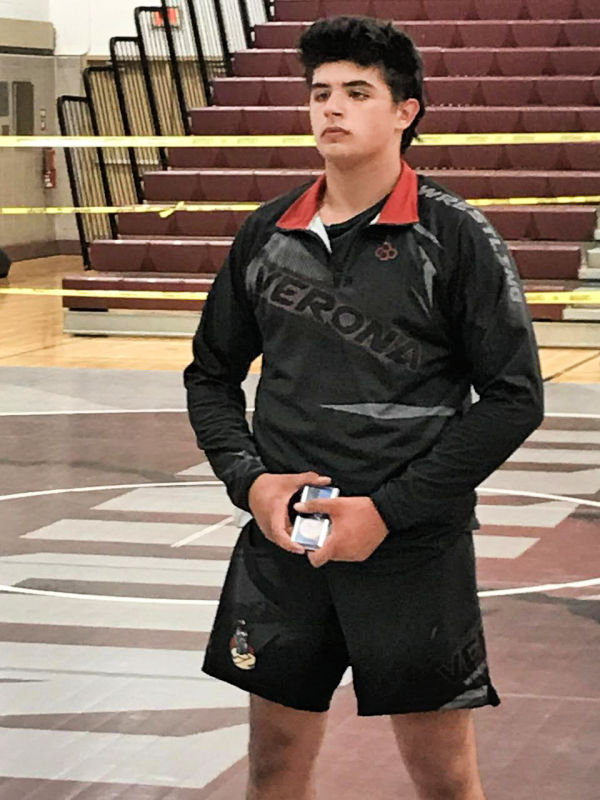 Wrestling’s Regions competition was this weekend and it was a marathon for Jayden Czupak. The Verona High School junior, who competed at 182 pounds this season, wrestled five matches in less than five hours and finished with a sixth place medal.

Cuzpak opened Regions by pinning John James Ranieri of Roselle Park in 3:10. He lost to Nicholas Olivieri of Delbarton in the quarterfinals, but in the wrestleback round defeated an opponent from Caldwell. Unfortunately, Czupak would lose his next two matches, against wrestlers from North Hunterdon and Phillipsburg.

In other Verona matches at Regions, John Pavia (170) lost his first-round match against Stratos Kantanas of Livingston. Derek Bernardino (132) lost his opener to Nicholas Nardone of Delbarton.

Dean Palmer, who achieved his 100th career win at VHS this season, won his first-round match with a 3-0 decision over Jalen Geter of Union City. But he fell to Simon Ruiz of Delbarton in the quarterfinals and was not able to secure a win in the wrestlebacks.

The Regions competition brought Verona wrestling’s pandemic-shortened season to a close, with a 4-5 overall record.