Facebook
Twitter
Pinterest
WhatsApp
- Advertisement -
Saturday was Senior Day for the Verona High School boys soccer team and they certainly made the most of it, defeating Bloomfield 3-1.

The scoring was all senior-driven. The game was only a few minutes old when senior Peter Hoogterp made a deft pass to fellow senior Ben Batson, who shot it past Bloomfield goalie George Silva. The Bengals’ Alex Capel tied the game just before the half.

The second half of the match belonged to Verona. Batson got another goal and Verona sealed the win when senior Ethan Beninghof got the third Verona score. Michael Lipesky, yet another senior, was in goal for Verona and was credited with four saves. Boys soccer is now 1-2 on the season. 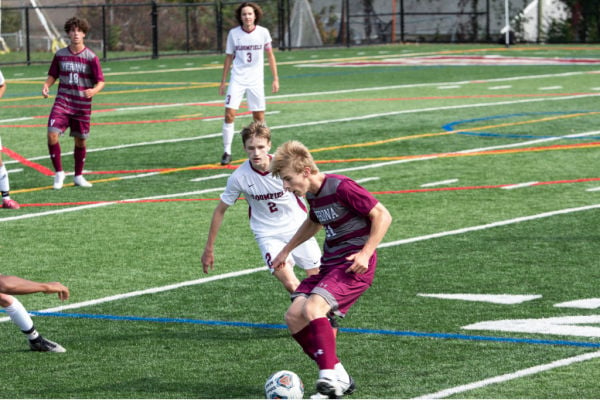 In other VHS sports, girls soccer improved its record to 2-1 on Saturday with a 9-0 blowout of Bellville. On Friday, football fell to Cedar Grove 38-7 with the lone Verona score coming from Frank Riggio in the fourth quarter. Girls tennis continued to struggle, with a 5-0 loss to Newark Academy on Friday as well. 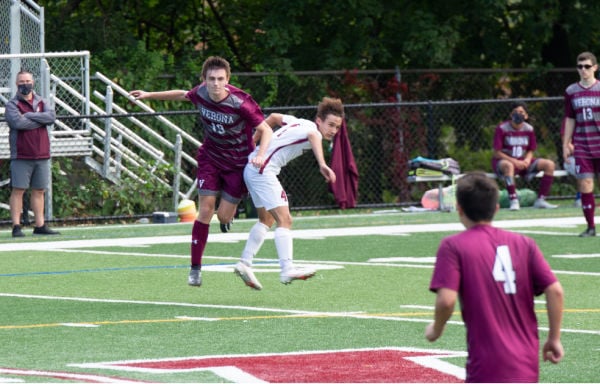