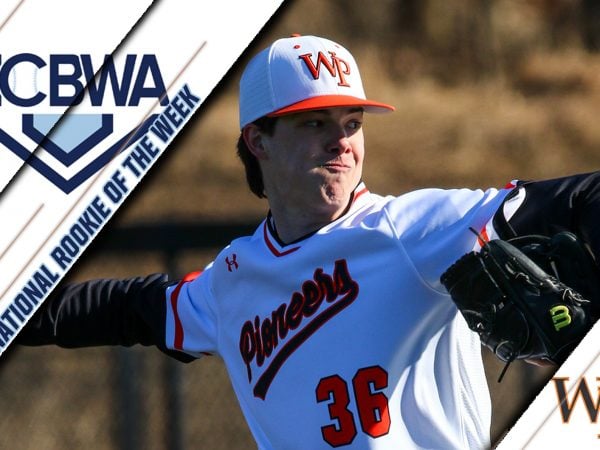 Metzger, who has already been singled out as the New Jersey Athletic Conference (NJAC) Rookie Pitcher of the Week on Feb. 24 and March 2, hurled 101 pitches and scattered four hits and three walks during a complete-game 1-0 victory March 1 against Franklin & Marshall. Scheduled for seven innings, he rang up nine batters during his 8.0 frames of work as the Pioneers won with a walkoff RBI-double.

During two appearances this spring, Metzger is 2-0 with a 0.00 earned-run average, striking out 13 during 13.0 innings of work and limiting batters to eight hits, four walks and a .178 batting average.

William Paterson (3-1, 0-0 NJAC) continues its seven-game homestand Thursday, March 5, with a contest against NYU at 3 p.m.