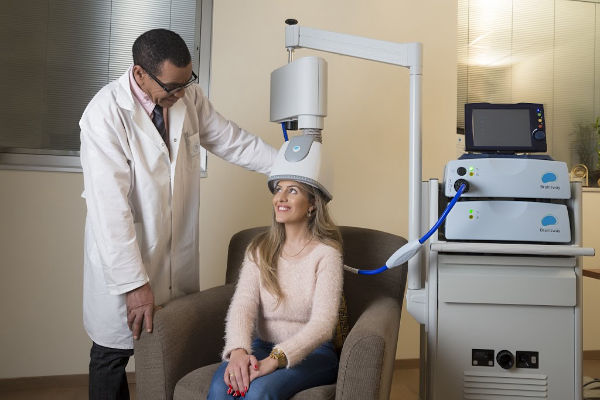 UPDATE 08/08/19: HPR’s Verona location has been acquired by Success TMS.

Transcranial magnetic stimulation (TMS) is a drug-free, noninvasive procedure to treat depression that was approved by the U.S. Food & Drug Administration a decade ago. Now, a company that has opened nearly three dozen TMS treatment centers around the country is bringing the procedure to Verona.

HPR Treatment Centers, now part of Success TMS Treatment Centers, opened its first facility in March 2017 has has rapidly expanded from New York to California. Earlier this year, Success TMS partnered with Trinitas-St. Joseph’s Behavioral Health Network to offer TMS at eight sites throughout northern New Jersey over the next year. “It is underserved from a TMS perspective,” says HPR founder Ben Klein of the Verona location, which will be at 25 Pompton Avenue. “Second, it’s a very vibrant corridor, and Trinitas-St. Joe’s has a large patient base there as well.”

As its name indicates, the TMS therapy relies on magnetic fields to stimulate nerve cells in the front part of the brain that deals with mood control and depression. The 18-minute TMS session–36 sessions are needed for full treatment–is delivered to patients through a helmet that contains an electromagnetic coil.  Success TMS specializes in so-called deep TMS, which uses a different coil shape that has been found to be more effective. TMS therapy is covered by most major insurance companies, though patients will have a co-pay.

Klein is a serial healthcare entrepreneur, but that’s not what lead him to TMS. His daughter suffered from severe depression, which was being treated with three heavy-duty drugs. Her doctor told Klein about TMS and he was intrigued. “She had the treatments and it completely changed her life,” says Klein, adding that his daughter is now on only a low dose of one medicine. “It is an underutilized treatment and should be more available on a more widespread basis.”

Success TMS and Trinitas-St. Joe’s have been reaching out to psychiatrists and psychologists with information on the treatment, as well as geriatricians and surgeons. Klein notes that the elderly are frequently subject to depression, as are people who have undergone major surgeries.

“The most important message is that TMS actually works,” Klein says. “It brings relief to people, especially people who can’t find help in other ways. It’s another tool in the toolshed that we should use use more. Depression is a massive issue in our country.”