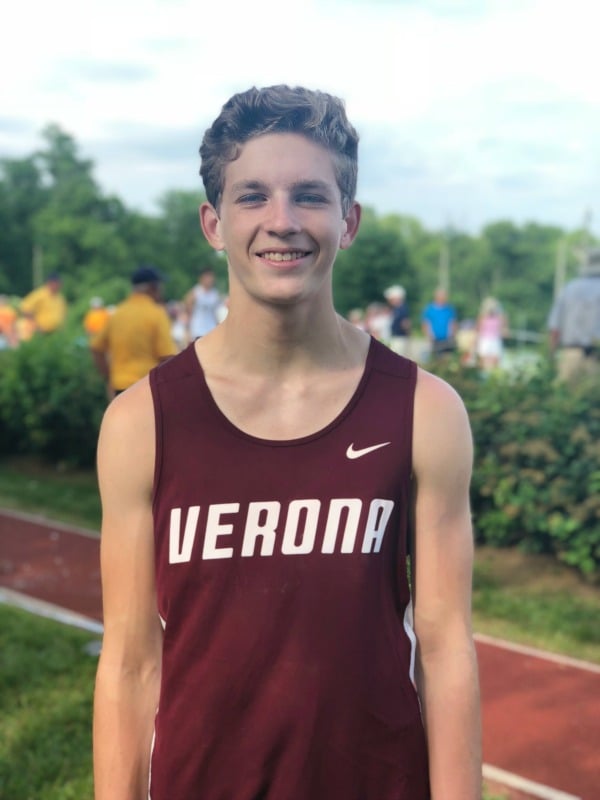 Ashley had earned her way to the championship 800m race for the second consecutive year by placing second at the NJSIAA Group 1 Championship on June 2. She ran a 2:18.52 yesterday, which put her in 14th place. But her time was nearly a full second faster than the personal best she had set in February at winter track’s Meet of Champions. Gov. Livingston High School’s Victoria Vanriele won the 800m with a time of 2:06.68.

Pole vaulter Fogarty repeated his personal best vault of 14 feet. He set that last week at the Group 1 Championship, and in so doing broke a VHS pole vault record that had stood for 44 years. The 14-foot vault on Saturday was good enough for 10th place.  Old Tappan High School’s Tyler Hrbek won the event with a vault of 15 feet.

Owen Fogarty of @VHSBoysXC_Track once again cleared 14 ft at the NJSIAA Meet of Champions. In his first state championship, the VHS sophomore finished 10th. @VeronaAthletics pic.twitter.com/Fg7UfYQIvy