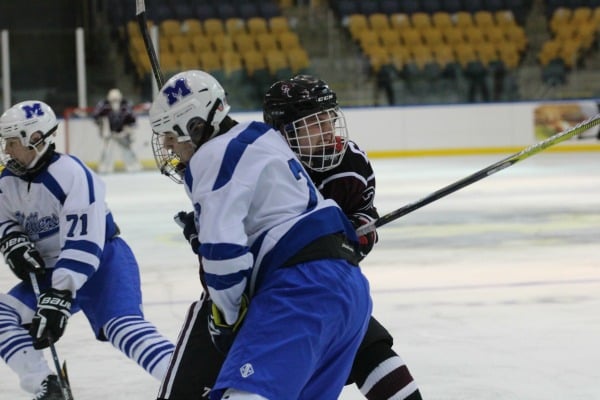 Verona and Glen Ridge have fielded a great combined hockey team this season, but it wasn’t great enough to withstand an onslaught from Millburn High School last night in the Kelly Cup semifinals.

Millburn skated (and checked) hard from the opening drop of the puck, as they barreled through to a 6-1 finish at the Codey Arena. Armaan Rigby from the Glen Ridge side of VGR scored the team’s only goal. Jack Williams had a hat trick for Millburn, which was the No. 2 seed coming into the tournament, to VGR’s No. 3.

VGR’s next challenge is the state hockey playoffs, which begin on February 20. The Verona-Glen Ridge team is in the Public C group where, despite its 14-4-7 record, it is the No. 15 seed. Jackson Liberty, the No. 14 seed in Public C has a 10-6-2 record and Ramsey, the No. 12 seed, is 10-12-2. The current bracket set-up has VGR playing Mountain Lakes/Boonton in the opening round.