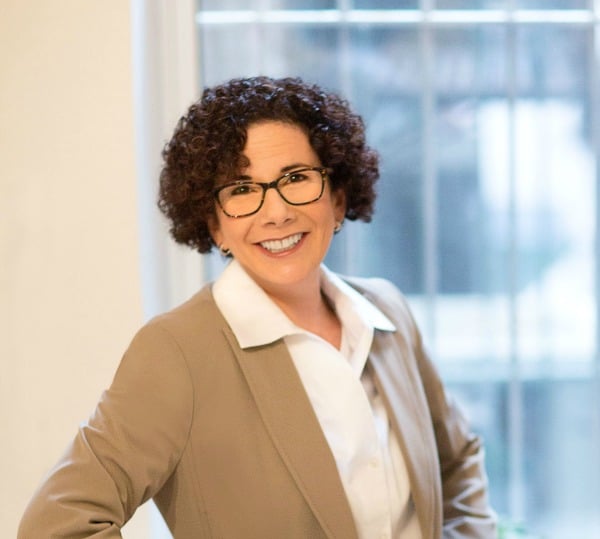 Laura Fortgang, a small business owner and resident of Verona for more than two decades, announced her candidacy as a Democrat for New Jersey state Assembly from the 26th district this morning. Her announcement sets up an unusual contested Democratic primary in the 26th district, which, in addition to Verona, also includes Fairfield, North Caldwell, and West Caldwell in Essex County; Butler, Jefferson, Kinnelon, Lincoln Park, Morris Plains, Parsippany-Troy Hills, and Rockaway in Morris County; and the Passaic County town of West Milford.

“In the aftermath of the 2016 presidential election, I, like many of my friends, neighbors and colleagues, felt called to become more engaged in our political process, with the hope and intention of improving what has left our communities so bruised and divided,” Fortgang said in a statement. “As a working mother, small business owner and community volunteer, I know that we all, no matter who we are, want the same things for our families, our children and our communities. This common ground is being lost, however, in our anger and frustration with elected officials who we feel are not representing our interests. This is nowhere more true than in New Jersey’s 26th legislative district, where State Sen. Joe Pennachio, Assemblywoman BettyLou DeCroce, and Assemblyman Jay Webber are long-seated incumbents who have been allowed to operate without any sense of accountability to their constituents, amassing anti-family, anti-children, anti-woman, anti-education, anti-public health voting records that are an offense to the hard-working families of our district. This is why I have decided to declare my candidacy for state assembly in the 26th district. I believe that a common-sense approach to our problems will help us move past partisan ideology and reclaim the common ground we all share.”

All three of the incumbents, who are Republicans, are up for re-election this year. Hank Lyon, a Republican freeholder in Morris County, is challenging DeCroce for her seat, but Pennacchio and Webber are running unopposed thus far on the Republican ticket. The 26th state district has been gerrymandered to favor Republicans, although roughly 41% of registered voters are not affiliated with either major party.

Fortgang will not be able to run on the main Democratic line in the primaries. Democrats in Morris County, which accounts for the bulk of the NJ26th towns, held a convention on Tuesday, March 21, and voted to put three other individuals on the line, all of whom had run unsuccessfully before: Elliot Isibor for Senate, and Joseph Raich and E. William Edge for Assembly. Edge’s name may ring a bell with older Veronans because he served on the Verona Town Council from 1987 to 1994. The Morris County convention was held in advance of the April 3 filing deadline for Republican and Democratic primary candidates. As a result, Fortgang’s name will appear in a position known as “off-line”, to the right of the other Democrats.

Fortgang, who has two children in Verona High School and an older son attending Rutgers University, seems emboldened by the Morris County party’s decision. “One of the most urgent issues facing New Jersey is the lack of accountability and transparency in our government, and a political system rigged to preserve the concentration of power for a select, anointed few, while suppressing the will of the people,” she wrote. “My candidacy grew out of an effort to give a voice to the people of the 26th who are not being represented by the district’s current Republican leadership, but no sooner had I announced my candidacy than I was informed that the candidates from which voters would be allowed to choose during the primary in June had already been determined—not through any Democratic process, but by the unilateral and arbitrary decision of one individual. I was advised to step aside to preserve the status quo.”

That is, Fortgang says in her statement, something she is not inclined to do. “If I were to write my memoir, it would be titled Motivated By No,” she wrote. “My mother said I’d never be a singer as I had wished to be. I went on to be a professional musical theater actor and part of the actor’s union. When I was a teen and I wanted to make money, I was told ‘no’ when I tried to get a job as a waitress in a fancy restaurant. I was told to go work at Friendly’s and get experience. I didn’t take ‘no’ for an answer then, and I got the job. When I started out in the personal coaching field, no one had ever heard of it and they predicted my failure. I’ve been in business for 25 years and helped grow the profession as a founding member and spokesperson for the credentialing body for the industry. When I was awarded my first book contract, I was told to hire a ghostwriter since I was a first timer with no experience. I’ve gone on to write six successful books myself.”

“In step with that, I cannot take ‘no’ for an answer now,” she added. “I’m not going to step aside for political convenience or expediency when I could be standing up for all of us who want change, who want representation, who want their voices to be heard. I won’t take ‘no’ for an answer at a time when the people of the 26th district need someone who will vote ‘yes’ for them.”

Teena Schwartz, a former mayor of Verona, hailed Fortgang’s announcement. “As chair of the Verona Democratic Party, I was thrilled and excited to learn that Laura Fortgang of Verona has thrown her hat into the ring to run for Assembly in New Jersey’s 26th District,” she said. “In these tumultuous political times, Laura’s is a voice that represents common sense as well as having a good grasp of the issues that effect us all. Her candidacy is a break from the same old machine politics of which we’ve all become tired.”

Leroy Jones, chairman of the Essex County Democratic Committee, also took note. “It’s always good to see new candidates emerge on the scene,” he said. “I look forward to a primary focused on the issues. We hope we can put together a solid legislative slate that carries the day in November.” Edge, who now lives in West Caldwell, did not return a text message for comment.

The primary will be held on Tuesday, June 6 and the general election, which will also have a race for governor, is Tuesday, November 7.