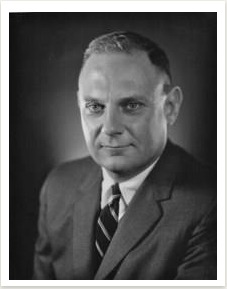 , Thomas A. Murray Jr., formerly of Verona and Brielle, N.J., died peacefully in his sleep at age 93 on October 14, 2016. At the time of his death, Tom was a resident of Manor by the Sea in Ocean Grove, N.J. He was preceded in death by his wife of 61 years, Frances (Fran, nee Adams), in 2005, his youngest son, Michael Patrick, in 1983 and his grandchildren Matthew Christopher Murray and Todd Richard Murray. He is survived by his children, Richard (Elaine), Ken (Jill), Thomas III (Katherine), Kathleen and Maureen, grandchildren Keith, Andrew, Megan, William, Phoebe, Stephen, Brendan, Sean, Gwyneth, Michaela, Antoine, Matthew, Kyle, Aiden and great-grandchildren Ethan, Mackenzie, Hunter, Jack, Nicole, Louis, Maeve, Abigail, James, JP and Finnegan.

Tom graduated from Kearny High School and served in the U.S. Navy during World War II, where he trained to be a Naval Aviator. He graduated from Rutgers University in 1954, after eight years of night school, during which he and Fran welcomed four children to their growing family.

He worked 42 years for the Mutual Benefit Life Insurance Company at their Newark headquarters. He retired in 1984 as their director of corporate accounts – group sales, where he was responsible for servicing Mutual Benefit’s largest group accounts. He traveled extensively in that position throughout the United States, including Hawaii, accumulating over 2 million miles with United Airlines.

Throughout his life, Tom enjoyed traveling with Fran, spending time with his family, watching sports, playing bridge and adult league softball and sport shooting rifles, shotguns and pistols with his four sons and friends.

Visitation will be held at the Neary Quinn Funeral Home, 39 South Street, Manasquan, New Jersey 08736 on Friday, October 28, from 4 to 7 p.m. A Mass of Christian Burial will be offered at Our Lady of the Lake in Verona at 10 a.m. on Saturday, October 29. Interment will be at Gate of Heaven Cemetery, East Hanover immediately following the Mass.

In lieu of flowers, contributions in his memory can be made to Our Lady of the Lake Church and grade school at 26 Lakeside Avenue, Verona, New Jersey 07744, where Tom and Fran were married and she and their six children attended grade school.