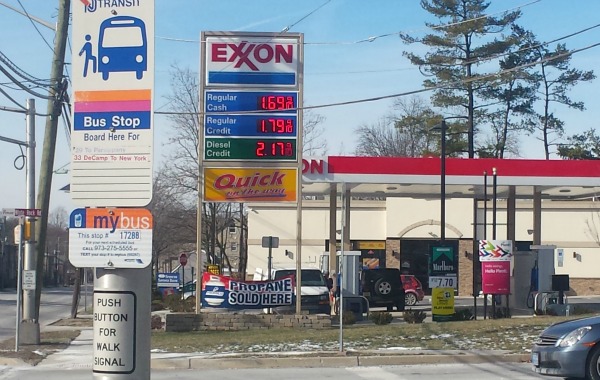 North Caldwell police have arrested a 17-year-old boy from Verona in conjunction with a Saturday break-in at the Exxon station at the corner of Bloomfield Avenue and White Rock Road. The juvenile has been charged with burglary, theft and criminal mischief.

According to North Caldwell Police Chief Mark Deuer, just after midnight on Saturday a white male threw a large boulder through the glass doors of the station’s convenience store, which was closed at the time. The security camera footage showed the teen taking cigarettes from the store but Deuer said he was still waiting for a full inventory of missing items from the store’s owner.

The case was solved quickly thanks in part to photos from the store’s security camera that the North Caldwell Police posted on their Facebook page Sunday evening. Deuer said the post was shared 42,000 times, resulting in three leads. Deuer said that the North Caldwell Police focused on Verona because the suspect, who may have been under the influence of alcohol, could be seen in the surveillance video walking back in the direction of Verona after leaving the gas station.

Deuer said the case has been referred to Essex County’s Juvenile Court. It is not known if the teen is a Verona High School student.

- Advertisement -
Previous articleSave The Date: VHS 80s Reunion
Next articleYes, There Is A Snowstorm Coming