Facebook
Twitter
Pinterest
WhatsApp
- Advertisement -
Montclair Kimberley Academy can be forgiven for thinking that the first five minutes of Wednesday’s game between its boys soccer team and that of Verona High School was a blur: Within just 300 seconds, Verona had put two goals on the scoreboard, setting a lead that would carry it all the way to a 2-1 victory.

Jack Farrell found the back of the net first for Verona, on an assist from Ellis Martin. Just two minutes later, the senior scored VHS’ second goal. MKA’s Will Zaubler provided its lone goal.

The VHS team, which is now 3-1 on the season, heads to Bloomfield this afternoon for a game against Bloomfield Tech.


Verona’s girls soccer team got back in the win column with a 5-0 defeat of Science Park yesterday afternoon. Scoring was spread across the team, which took 20 attempts at the net to just six for the Newark-based squad. Senior Claire Fitzpatrick had a goal and two assists, while Taylor Lavery, Sarah Yauch Julia Tole and Jackie Brozyna each scored once in front of the home crowd. Diana Flores was in goal for Verona and had four saves.
- Advertisement -

The girls soccer team now has two wins and three losses. They face Mount Saint Dominic Academy in an away game on Tuesday. 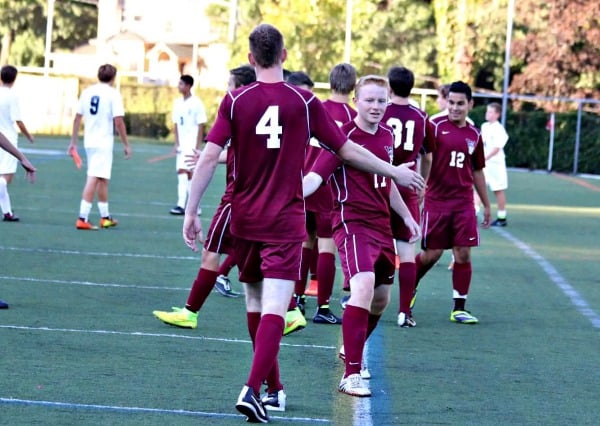