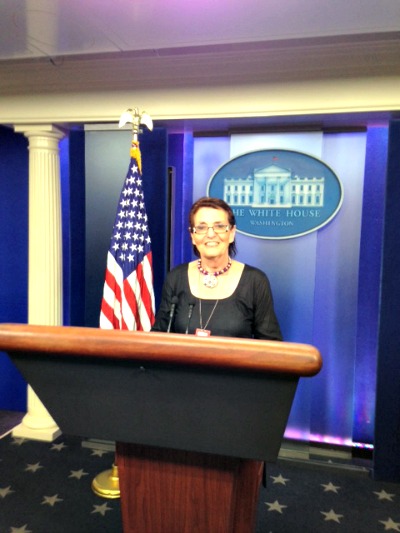 Sarah Kriegel recently got to see a side of the White House that few people see–unless they have a press pass from a major news organization.

Thanks to her son Elan Kriegel, the former Jewish education director at Congregation Beth Ahm got to go into the West Wing’s press room and stand at the very podium that President Barack Obama uses when he addresses the press. Elan Kriegel was one of the founders Washington-based Bluelabs, an analytics consulting company that works on political campaigns; he was part of Obama’s 2012 data analytics team and got a big hug from the president for his work.

The senior Kriegels moved back to California when Rabbi Kriegel retired from Beth Ahm earlier this year.