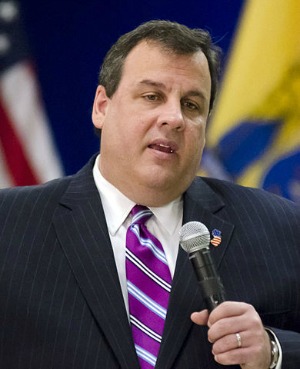 Gov. Chris Christie backed off slightly yesterday on New Jersey’s plan to implement the PARCC, a new high-stakes standardized test that could take up a full month of Verona school time in the 2014-2015 year.

The governor created a state task force to study the effectiveness of the PARCC (Partnership for Assessment of Readiness for College and Careers) tests and the Common Core standards that led to these tests. Christie will appoint all nine members of the task force. The governor also lowered the weight of the PARCC tests in teacher evaluations to 10% for 2015 from 30%. The weighting will rise to 20% in 2016.

According to NJSpotlight.com, the two steps could end efforts by state legislators to delay the PARCC by two years. Many Verona educators and parents had been hoping for that delay because of the PARCC’s drain on resources here. School calendars have blocked out up to one full month for administering the tests, which must be taken on computers. Verona does not currently have enough computers in any of its schools to give the test to all students at one time. The Verona Board of Education was also so concerned about the time that would be needed to review for the test that it voted in June to no longer have mid-term exams at Verona High School.

Christie’s PARCC commission is charged with looking at all tests administered to K-12 students. According to the executive order, “the Study Commission shall consider and make recommendations on the volume, frequency, and impact of student assessments occurring throughout New Jersey school districts, and on the Core Curriculum Content Standards, including the Common Core State Standards.” The wording potentially gives the commission to look at other types of tests, such as midterms and finals. The commission must give the governor an initial report
containing its recommendations to the Governor no later than by December 31 and a final report by July 31, 2015.