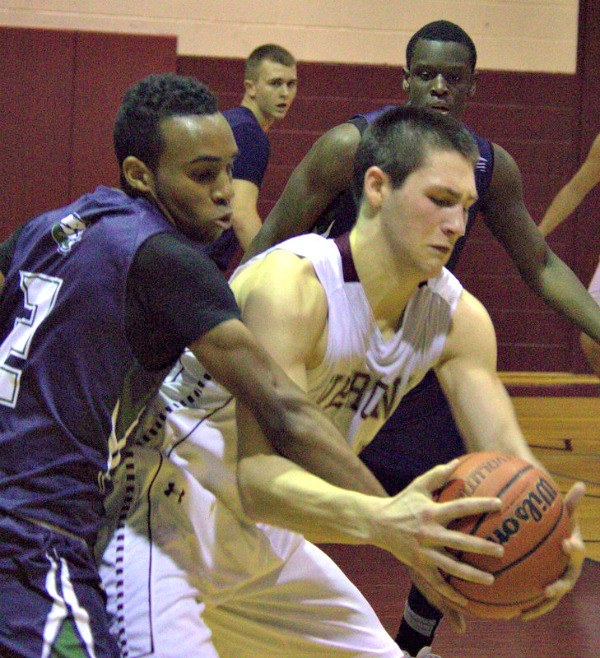 It was Verona’s game–until it wasn’t.

The Verona High School boys basketball team hosted Montclair Kimberley Academy yesterday in the first round of the Essex County Tournament, and the Hillbillies dominated the opening quarter. The Maroon and White were seeded eighth in the tourney, and continued to have an edge on MKA, the No. 9 seed, as the teams went into the locker room at the half. 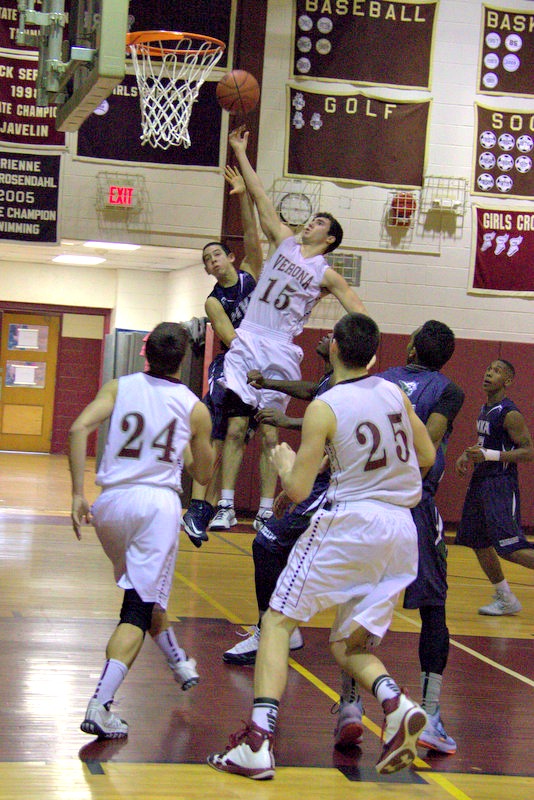 But MKA’s offense rallied in the third quarter, while Verona’s started to flag. The two teams started the fourth quarter in a tie, and that’s where regulation ended.

In overtime, however, the Hillbillies finally lost their grip on MKA’s Josh Chery, who they had held scoreless in the first four quarters. The junior, who is the second-highest scorer for the Cougar’s this season, finally broke loose to score two points and get five of his 13 rebounds in OT, pushing MKA to a 56-53 win. 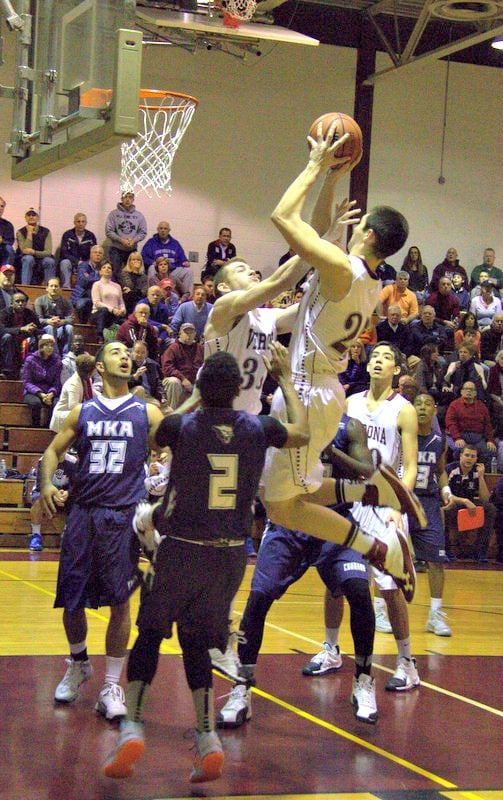 Alex Kaslander was again the high-scorer for Verona with 23 points, while fellow senior Matt Braschi contributed 18. Verona’s record is now 13-3. The boys take on Bloomfield Tech on Monday night at 7 p.m.