To Thank Teachers, Some Stand Up Against Testing 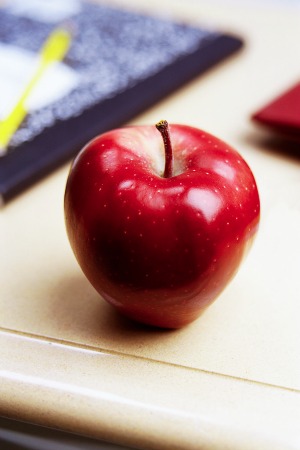 Verona parents thank their children’s teachers in many different ways. We give them gifts at the holidays, thank you cards in June, flowers for birthdays. Terry Moore would like to suggest one more way: Stand up against standardized testing, like the NJ ASK now going on at H.B. Whitehorne Middle School.

The Verona resident is the New Jersey information coordinator for Save Our Schools, one of several nationwide efforts to reclaim education from high-stakes tests that, in the view of these groups, are ineffective measurements of learning and sap teaching time from science, social studies and other subjects. The group has designated this week as Teacher Appreciation Week, a time to show teachers that what they do matters. “We are all fighting to protect our public schools because they are under attack,” Moore says. “The main engine is standardized tests.”

Moore is not opposed to all testing. He is a retired teacher who used tests often during a 35-year career in Bergen County, where he taught everything from preschool to middle school. But he is adamantly against standardized tests that are, he says, “unproven, untested and incredibly expensive.”

The rebellion against standardized testing is small so far, but spread across the country. It is, most often, a case of individual parents pulling their children out of school on test days or simply telling them to put their pencil down once the test is given out. In January, however, high school teachers in Seattle refused to give a state test, despite a threat of sanctions by their school district.

According to NJ Spotlight, a news site that focuses on education and politics, about 1,800 of the 600,000 students who should have taken the NJ ASK last year were marked absent for at least one part of the test. No one knows, however, if that was due to illness or a conscious decision to opt out. And yes, parents can, legally, decide that their children will not take the NJ ASK: Verona mom Michele Bernardino is keeping her 6th grader out of the testing at HBW this week. Except for the HSPA, a mandatory proficiency exam given to high school juniors, New Jersey law doesn’t prohibit opting out, but it does require a school to have 95% of its students take the NJ Ask.

Verona has been putting increased emphasis on standardized tests in recent years. There are after-school test prep sessions in the elementary schools and the middle school’s fifth graders went through several days of cramming in math prior to this year’s NJ ASK, causing them to miss instruction in other subjects.

Moore says that the first step for parents should be to understand what standardized tests do and don’t accomplish. He encourages parents to read and distribute the flyer prepared by his group, and to visit the Web sites of other anti-test groups like United Opt Out or Our Children Our Schools. The NJ Working Families Alliance is organizing a protest in Hoboken next Tuesday against Pearson, the company that publishes the textbooks used in Verona and one of the four largest companies in the standardized test business. It got $80 million from New Jersey to relocate 600 workers from Bergen County to Hoboken, but laid off 500 other New Jersey workers after getting $50 million from New York City to hire New Yorkers. (Remember that, despite a growing number of demands by Trenton to change education–including testing–in Verona, state aid to education here is 50% of its pre-2010 level.)

“We can ask our schools to come up with alternative assessments, like informal tests,” Moore says. “Teachers know what their kids are learning: It’s our job to find out.”