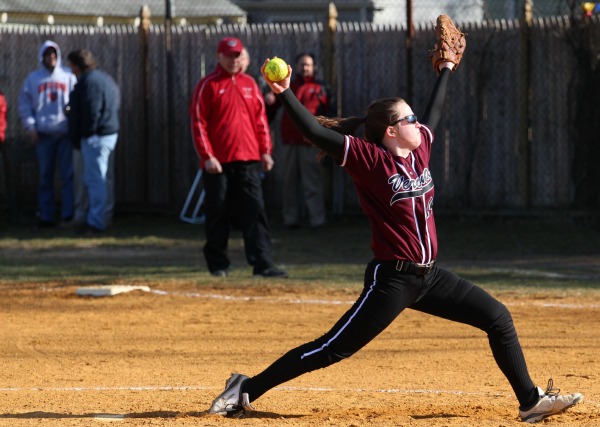 After a strong opener against Newark Academy, the Verona High School softball team suffered a 12-0 defeat at the hands and bats of Glen Ridge High School yesterday.

The teams were scoreless in the first inning, but then Glen Ridge stepped up and dominated the game for the rest of the afternoon. Only three Verona players got hits–Ellen DiDia, Olivia Feiger and Courtney Paganelli, although Paganelli, Natalie Wertz, Brianna DaRin and Caroline Chivily got to base on walks by Glen Ridge pitcher Tara Kelly, who delivered 14 strikeouts during the game. VHS hurler Paige Ferrell had a strong arm, but often didn’t get the support she needed from the outfield. The girls will be back at F.N. Brown field this afternoon, for a 4 p.m. start against Bloomfield.

The news wasn’t much better in Montclair, where the VHS baseball team fell to MKA 1-0. Luke Weiss, Jon Tosh, Matt Rubins and James Hill all had hits, but the Hillbillies couldn’t make them stick all the way to home plate. Senior Luke Sniatkowski, back on the mound after being sidelined during basketball season, had 11 strikeouts on the afternoon. The boys are on the road to Mountain Lakes this afternoon. 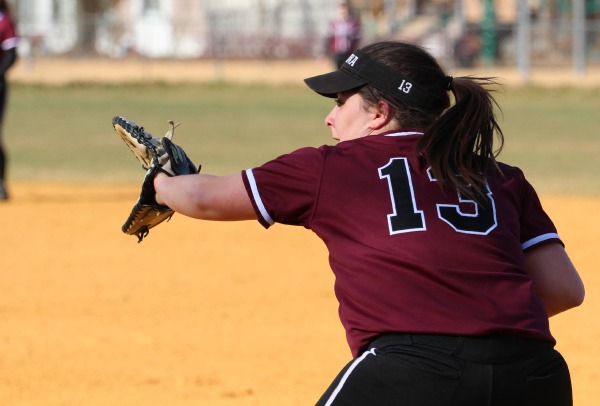 The boys tennis and lacrosse teams delivered the wins of the day. Tennis faced Glen Ridge at home and came away with a 3-2 win. In first singles, Jake Miller defeated Peter Olsen 6-1, 6-2 while Jake Corbett dispatched Nathaniel Deacon in second singles 7-5, 6-3. Freshman Michael Nothe the rounded out the singles win with a 6-1, 6-1 match-up against Tom Murphy. The Glen Ridge doubles teams defeated Verona in both matches.

The lacrosse team dominated Nutley at Centennial Field. Verona controlled the first half of the game, on the strength of four goals by Mike Perri. Matt Thompson and Anthony Codella also got on the scoreboard, and Mike King added another 13 saves to his tally. The boys have a break until next Tuesday, when they travel to Union City.