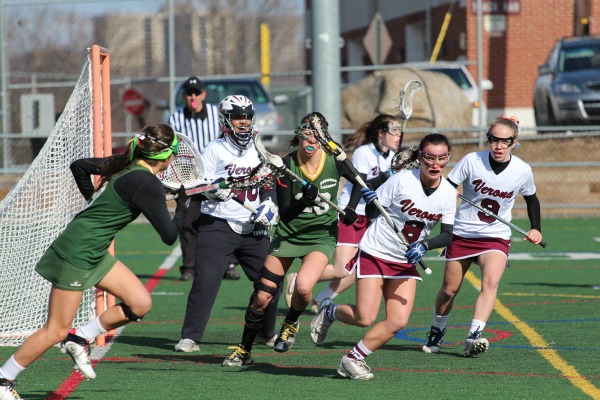 All throughout the first period of Tuesday’s game against New Providence, Verona High School girls lacrosse coach Suzanne Giarrusso had been urging her team to “get it together”. That’s exactly what they did after the break, doubling their scoring and starting their season with a 9-8 win over New Providence at home.

Casie Milmoe, a senior who is one of the team’s co-captains, showed her leadership by scoring four goals on the afternoon. It was also a banner day for junior Lizzie Scandiffio, who put three points on the scoreboard. Lauren Ednie and Jackie Brozyna scored once apiece, and Brozyna also had three assists on the day. Verona goalie Olivia Pena had nine saves. Nicole Sancyk was the high scorer for New Providence with three goals.

The girls team takes on Cranford next, on Thursday. This afternoon, the boys lacrosse team returns to Centennial to take on Nutley High School, while softball is home against Glen Ridge. The boys tennis team is also home, and they square off against Glen Ridge. Everything starts at 4 p.m. 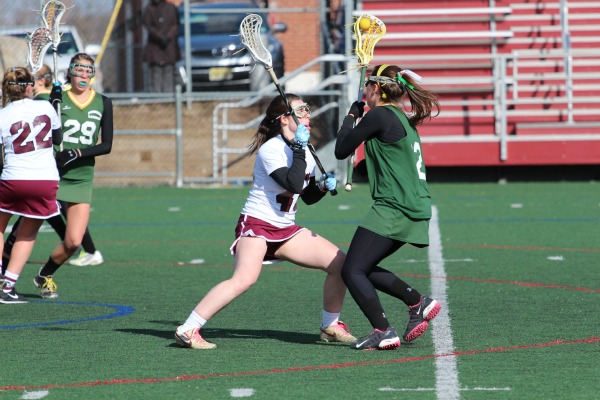