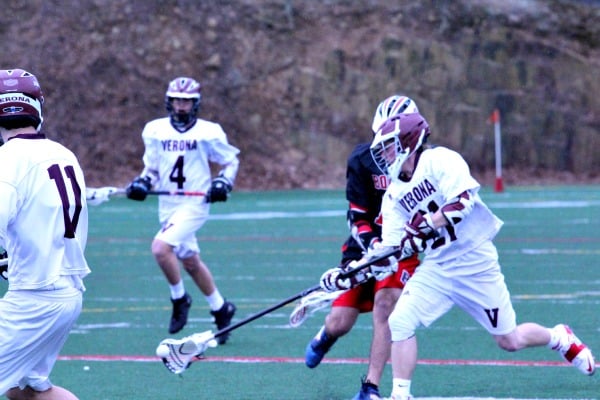 Boonton got on the scoreboard first Monday afternoon, but after the rain let up the Verona High School boys lacrosse team washed away that advantage and opened the spring season with a win.

Softball also kicked off the season with a win, beating Newark Academy 15-11 at home on F.N. Brown field. But the baseball team fell 6-2 to Lakeland Regional High School.

The boys lacrosse team is dominated by seniors this year and it shows on the field. Playing at home on the Centennial turf, seniors Mike Perri, Aaron Seubert and Jed Tremble had two goals apiece, while Kyle Thomas and Matt Thompson, a senior and a junior respectively, each had one goal. Thompson and Ethan Garsman, another senior, each had two assists. Team co-captain Mike Conroy led Verona in ground balls with eight, followed by Walt Brandt and Anthony Codella, with six each. Mike King, another senior co-captain, is back in goal for Verona and had 16 saves on the afternoon. The boys take on Nutley at home on Wednesday. 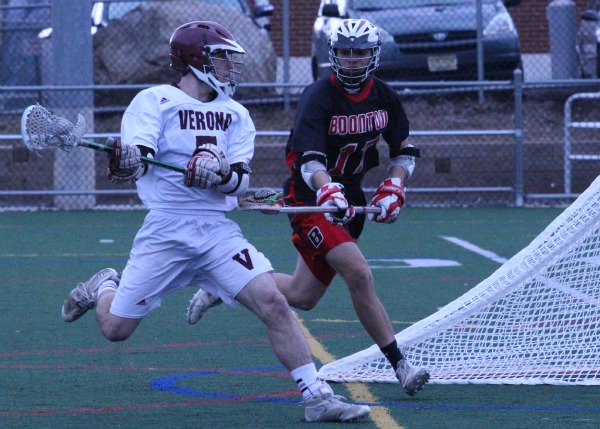 In softball, Verona put up eight runs in a blowout second inning and while Newark Academy scrambled back, it was not enough to recapture the lead. Senior Brianna DaRin delivered a homer and three RBIs, and junior Shelly Herman got three runs over the plate as well. The girls face Glen Ridge at home on Wednesday.

The golf team is in action today, and the girls lacrosse team has its opener against New Providence at home at 4 p.m. 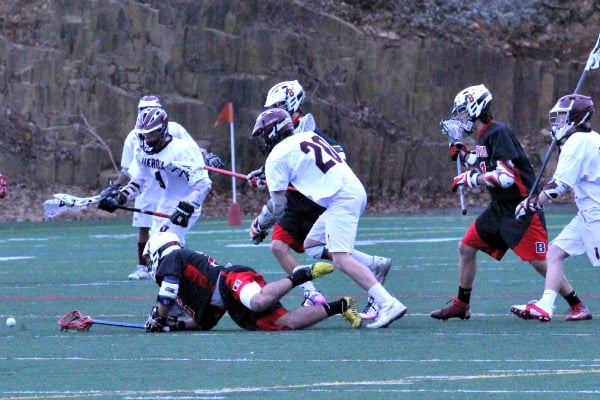 Previous articleGet Building For Lego At Lyndhurst
Next articleBudget Introduced, But Council Wants It Smaller